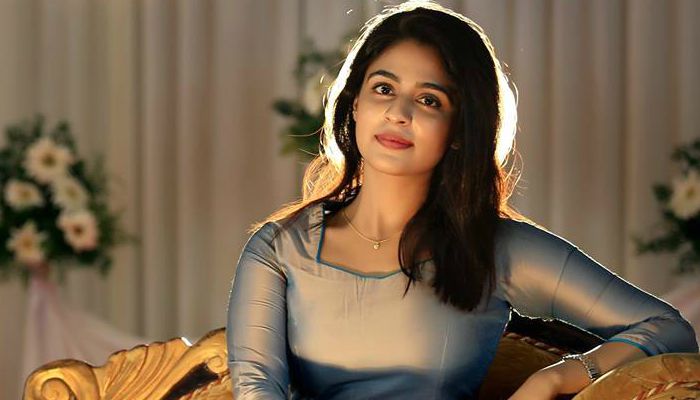 Who is Malavika Wales?

Malavika Wales is a talented and beautiful Indian actress from Thrissur, well-known for her works in the Indian film industry. She contested in the 2009 Miss Kerala beauty pageant, when she was just 16 years old, making her the youngest participant in that year. She reached up to the third level and was crowned ‘Miss Beautiful Eyes’. Wales started learning classical dance at her tender age of six. She is well trained in Bharatanatyam, Mohiniyattom, and Kuchipudi. Wales subsequently made her acting debut in Malayalam and Tamil in 2010 and 2014, respectively. Her acting credits include Nandini, Ammuvinte Amma, Manjil Virinja Poovu, My Fan Ramu, Enna Satham Indha Neram, and Azhagumagan, among many others.

Malavika Wales was born on the 19th of July 1992, in Thrissur, Kerala, India. She is currently 28 years old.

Malavika is the daughter of Malayali parents P. G. Wales and Sudina Wales at Thrissur. She has an elder brother, Mithun Wales.

Malavika attended Hari Sri Vidya School in Thrissur. After graduating from school, she joined Anupam Kher’s acting school to learn acting and drama. She is currently pursuing her BA in English Literature at the IGNOU.

Now, this is the topic that most of you are probably looking forward to. Well, Malavika Wales hasn’t divulged too many details about her personal life. She has tried to keep things away from the media to the best of her abilities.

Malavika Wales ventured into showbiz in 2010 with the Malayalam film Malarvaadi Arts Club. In 2014, She made her Tamil debut with the film Enna Sathan Indha Neram as Meenakshi.

In 2013, she hosted her first television reality show, ‘Super Star The Ultimate’ which aired on Amrita TV. After that, in 2015, she started doing serials where she played the title role in a Malayalam soap Ponnambili from 2015 to 2016.

She also has been the cast of the popular South Indian multi-lingual serial Nandini in which she plays one of the lead roles as Janaki Arun/Seetha Arun (Dual role) alongside Nithya Ram. This marked her debut in Tamil and the series is airing on Sun TV.

From her age of six, she has been learning all forms of classical dance. She had her Arangettam at Guruvayur Sreekrishna Temple three years later.

Wales was discovered by Vineeth Sreenivasan, son of actor and screenwriter Srinivasan, after seeing her photos in magazines and subsequently auditioned her for the lead role in  Malarvaadi Arts Club.

Despite having acted in more than half a dozen movies, none of her films were successful at the box office. She later shifted her focus to television serials.

In 2016, she received Unique Times FMB Award for Best Actress for her performance in Ponnambili.

In 2019, she joined the cast of Rajeev Nedumkandom’s family drama Manjil Virinja Poovu as Anjana, starring alongside Rekha Ratheesh and Yuva Krishna.