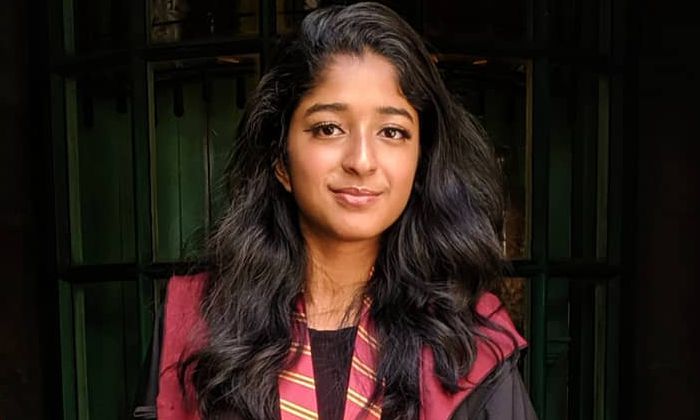 Who is Maitreyi Ramakrishnan?

Maitreyi Ramakrishnan is a Canadian actress of Tamil descent who caught the spotlight for her role as Devi in the Netflix series Never Have I Ever. She’s one of the acting talents of the 21st century. She received critical acclaim for her performance in the series, which would eventually boost her acting career.

Maitreyi Ramakrishnan was born on the 29th of December 2001, in Mississauga, Ontario, Canada. She is currently 18 years old.

There’s not a lot to share regarding Maitreyi’s personal matters including her family, education, and early life. Her father, Ramakrishnan, works for the Canadian government, while her mom, Kiruthiha Kulendiren, works in marketing communications.

The family moved to Canada as refugees during the civil war in Sri Lanka. She has one older brother. Other than that, she hasn’t talked much about the personal aspect fo her life.

As far as her education is concerned, she attended and graduated from Meadowvale Secondary School, located in Mississauga, Ontario, Canada.

Now, this is the topic that most of you are probably looking forward to. Well, we are sorry to say that there is not a lot we have to share regarding the personal affairs of Maitreyi. She has tried to keep things away from the media to the best of her abilities.

Based on her social life, she is single for sure. It may be due to the fact that she is quite new to the industry and doesn’t want to catch up in.

Maitreyi’s first professional acting role came in 2020 when she was chosen to play the role of Devi Vishwakuma in the Netflix coming-of-age drama series, “Never Have I Ever.” She vowed the audience and critics with her exceptional performance in the series.

She played a first-generation Indian American teenager coping with her father’s death and struggling with her identity in the midst of her teenage mission to be popular, lose her virginity, and get into Princeton University.

This Netflix series generally received rave reviews where Rotten Tomatoes describing it as “Never Have I Ever’s a fresh take on the coming-of-age comedy is hilariously honest, sweetly smart, and likely to have viewers falling head over heels for charming newcomer Maitreyi Ramakrishnan.”

She got her start in theater and drama at age 15 when she was in her 10th grade, playing one of lead Ariel’s ditzy friend in her school production of “Footloose.”

She has a pet dog named Melody.

Maitreyi had plans to study theatre at York University but she deferred her acceptance to the University as she got selected to play the lead role in Netflix’s Never Have I Ever.

It was actually her friend, Shaharah Gaznabbi, who convinced her to send in audition tapes after learning about an open casting call. She was chosen from 1500 candidates who applied for the casting call to play the lead role in Mindy Kaling’s new coming-of-age series.

She is a huge fan of The Office.