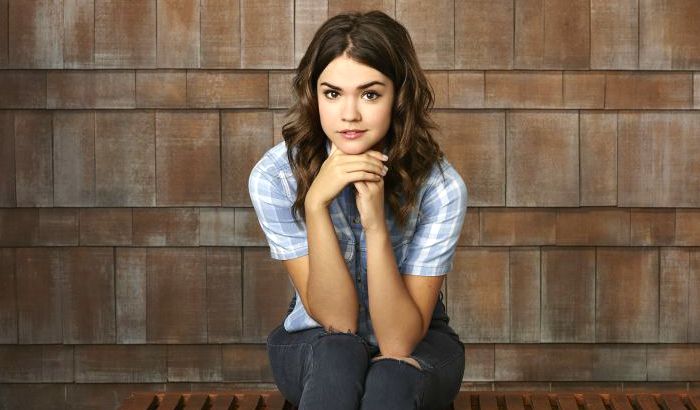 Who is Maia Mitchell?

Maia Mitchell is a popular face among the Australians, who is well-known for her television roles such as Brittany Flune in the children’s television series Mortified and as Natasha Ham in the Seven Network’s teen drama Trapped. This young beautiful and talented actress has worked with various world’s reputable;e productions, including Disney Channel original films Teen Beach Movie and Teen Beach 2 as McKenzie. After tasting quite a success in small screens, she ventured into big screens, starring in a couple of films. This rising star is not only a versatile actress but also proved herself as a singer by appearing on the singles “Like Me” (with Ross Lynch, Grace Phillips, and Spencer Lee) and “Can’t Stop Singing” (with Ross Lynch).

Maia Mitchell was born on the 18th of August 1993,  in Lismore, New South Wales, Australia. She is currently 26 years old.

Maia Mitchell is the only girl child to Australian parents, Alex, who works as a taxi driver and his wife, Jill, who works in the education system. She has one younger brother, Charlie.

Maia has been dating Viner Rudy Mancuso since 2015. Past that, she has had relationships with American actor John DeLuca, Ross Lynch, and Luke Erceg.

She debuted in the US playing the leading role of McKenzie in the Disney Channel Original Movie “Teen Beach Movie” and reprising her role in its sequel “Teen Beach 2”.

Her first television role in the US was in the Disney Channel TV series “Jessie”.

The budding actress, Maia Mitchell has estimated net worth of $3 million US dollars as of 2019. Her net worth proceeds from film and television appearances, brand endorsements and others.

Maia Mitchell has inclined towards acting since her childhood and possess a natural talent for it.

Over the years, she has acted in varied roles, establishing herself a versatile actress in the industry.

She is an accomplished dancer who has mastered various forms of dance including jazz, hip-hop, and ballet.

She plays guitar from her young age.

Maia Mitchell starred in the ABC Family drama series The Fosters as Callie Jacob who is one of the main characters on the show.

She is interested in photography and fashion. She also loves singing and incorporates her musical sense into her work.