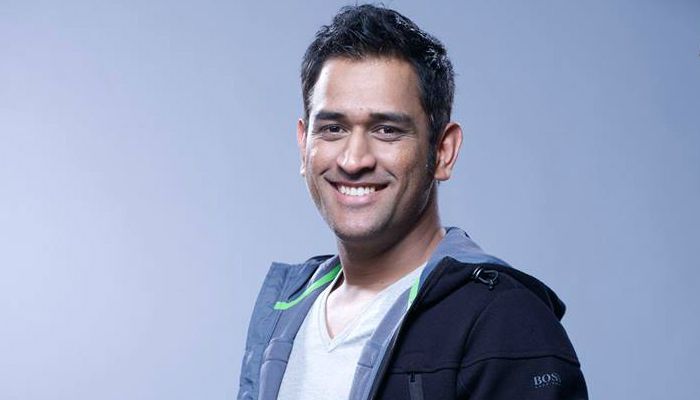 Mahendra Singh Dhoni, most commonly called as MS Dhoni, is an Indian cricketer, who has captained the Indian cricket team for almost a decade (2007-2016). He was one of the successful captains in the world, who won the 2007 ICC World Twenty20, the CB Series of 2007–08, the 2010 Asia Cup, the 2011 ICC Cricket World Cup, and the 2013 ICC Champions Trophy. The right-hand batsman and wicket-keeper is well known for his aggressive play, particularly his sky-hitting helicopter shots and lightning-quick reflexes behind the stumps.

Right-hand medium. He had also done bowling in the past. Dhoni had taken one ODI wicket, when he bowled Travis Dowlin from the West Indies on September 30, 2009.

7 (all forms of cricket)

He is currently 37 years old.

Dhoni went to DAV Jawahar Vidya Mandir in Shyamali, Ranchi, Jharkhand. During his school days, he was good at badminton and football. He was a goalkeeper for his football team and his football coach asked him to play cricket for the local cricket clubs, and eventually today, he is one of the most celebrated cricketers in the world.

MS Dhoni married his longtime girlfriend, Sakshi Singh Rawat on July 4, 2010. They together have a daughter named Ziva (born 6 February 2015).

Dhoni played his first One Day International on 23 December 2004 vs Bangladesh.

He played his first T20 International match on 1 December 2006 vs South Africa.

He played his debut test match on 2 December 2005 vs Sri Lanka.

in 2010, he played a minor role in Hindi film, Kooh Ya Crook alongside John Abraham.

He has had affiliated with several brands as their brand ambassador or spokesperson.

MS Dhoni has an estimated net worth of US$110 million as of 2017. He is one of the highest paid cricketers in the world. He was ranked #22 on the list of top 100 highest paid athletes of 2014 and #23 on the same list the following year. Last year, he made $31.5 million in earnings from his annual salary, brand endorsements, and IPL.

It’s no surprise that he is a huge fan of autos who is often regarded as an automobile freak by media. He has a large fleet of cars including Mahindra Scorpio, Maruti SX4, Hummer H2, Toyota Corolla, Land Rover Freelander, GMC Sierra, Mitsubishi Pajero SFX, Mitsubishi Out Lander, Porsche 911, Audi Q7 SUV, Ferrari 599.

Dhoni lives with his family in a luxury house in Ranchi that boasts enough bedrooms and its respective bathrooms, exquisitely decorated large living room, a large swimming pool, and of course, a massive garage to accommodate his auto collections.

Off the cricket, Dhoni has invested in several businesses. He has stakes in the Hockey India League (HIL) team Ranchi Rays, the Indian Super League team Chennaiyin FC and also the Mahi Racing Team India in the Super sport World Championship.

He also has a fitness chain called Sports Fit World and a lifestyle line called SEVEN. He has also invested in a security systems company, Optimum Vigilance Solutions.

During his school time, he was actually good at badminton and football. Dhoni was selected to represent his school at district and club levels for these sports.

In football, he is good at the goalkeeper position. Once, he was sent to play cricket by his football coach to play at a local club. He excelled there and soon was sent to other areas, where he again played extremely well. So, he focused on cricket after his 10th standard.

He worked as a Train Ticket Examiner (TTE) at Kharagpur railway station from 2001 to 2003.

He owns a star hotel named Mahi Resideny in Ranchi.

In 2011, Indian Territorial Army conferred the honorary rank of Lt Colonel to him.

MS Dhoni’s trademark helicopter shot was taught to him by his friend, Santhosh Lal who died in July 2013.

He was appointed as the Vice-President of Indian Cements Limited (ICL), which owns the IPL franchise, Chennai Super Kings.

A biographical film based on the life of Dhoni, titled M.S. Dhoni: The Untold Story, was released on 30 September 2016.