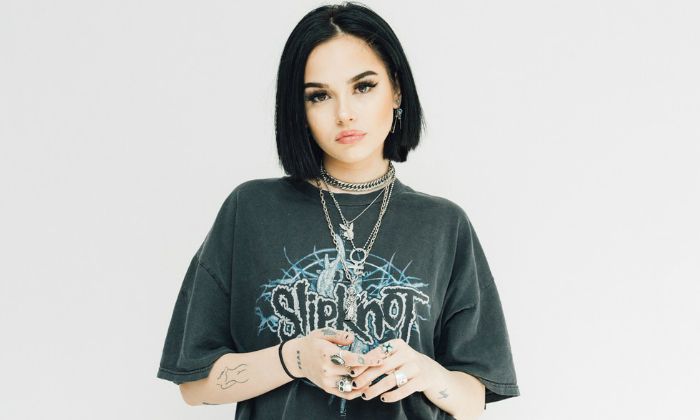 Who is Maggie Lindemann?

Maggie Lindemann is an American singer and social media personality who is probably known for her dance-oriented electronic pop. She first attained visibility for her songs on social media, thanks to her massive social media following, Instagram, in particular, where she has massed over 4 million followers. The Los Angeles-based star further cultivated millions of fans on different social media platforms with her hit singles “Pretty Girl” and “Couple of Kids.” Maggie has also featured in the song “Personal” by The Vamps. It took a serious level of persistence, passion and most importantly talent for her to reach the palace where she is today!

Maggie Lindemann was born on the 21st of July 1998, in Dallas, Texas, United States of America. She is currently 21 years old.

She attended J.J. Pearce High School in Richardson, Texas. After graduation, she moved to Los Angeles to pursue music. It is unknown whether she furthered her studies or not

Maggies has been in a relationship with singer Brandon Arreaga since early 2019. It was first believed to be a rumor since they didn’t respond to much of the fans’ speculations, however, it was later confirmed Brandon himself when he wished Maggie, happy birthday on her 21st birthday.

Apart from the aforementioned relationship, Maggie had also been linked up with a few serious relationships in the past. She dated fellow social media star Carter Reynolds from 2014 to 2015 and Mikey Barone in 2016 and YouTube personality Brennen Taylor in 2017.

Lindemann released her first of many singles “Knocking On Your Heart” in September 2015., which made it to the Top 20 on the iTunes Alternative Chart within 24 hours of its release.

She followed with “Couple of Kids” and “Things” as her second and third singles, which were pretty good decent numbers.

In 2016, Lindemann dropped a new single called “Pretty Girl” which is still her the only charting single to date. It peaked at number 26 on the Spotify Viral 50 chart and at number 5 on Next Big Sound chart. It also peaked at #8 on the UK Singles Chart. The track saw the huge success that brought her to fame in quick time.

Unfortunately, we do not know the exact details about her net worth and salary at the moment. The budding singer hasn’t disclosed anything related to her earnings or her financial figures, however, she leads a luxury life.

Maggie has been singing since she was 4 years old. Her first singing experience was at her church choir.

She began writing songs when she was barely 11 years old and she saw it as an escape route from the real world and a way to share her thoughts and feelings.

She was a competitive runner and school cheerleader in high school

Lindemann was discovered by Gerald Tennison on YouTube after a video of her singing the national anthem caught his attention. He asked her to relocate to Los Angeles to start off her music career. He also doubles as her manager.

Lindemann was featured in The Vamps’ single “Personal”.

She served as the supporting act for Sabrina Carpenter on the North American leg of the Singular Tour.

On June 21, 2019, Malaysian Police arrested her when she was performed at The Bee, in Kuala Lumpur, for performing without a professional visit pass. She was released on bail the next day and she has described the incident as “five days of living hell”.

She has been signed to 300 Entertainment and Warner Atlantic labels.

Lindemann has got over 20 tattoos inked all over her body. Each tattoo is close to her heart and has a personal meaning to her. That includes tattoos of Shane Koyczan quotes on her arm and back, a knife and an “X” letter.