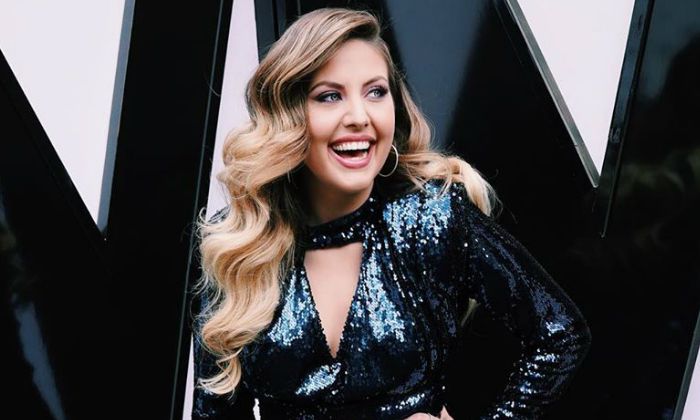 Who is Maelyn Jarmon?

Maelyn Jarmon is an American country singer and musician, best known for winning the sixteenth season of the singing competition series The Voice. She is the first contestant on the show to turn all the four judges with her powerful rendition of Sting’s “Field of Gold” during the blind auditions. She wowed everyone with her original song “Wait for You” in the finals, which is available on iTunes and other digital streaming platforms for you to listen.

Maelyn Jarmon was born on the 8th of December 1992, in Frisco, Texas, United States of America. She is currently 26 years old.

While Maelyn is from Texas, not much is known about her family who settled in New York City, New York where she would grow up. Her parents are Rebecca Jarmon and Steve Jarmon. She got inclined towards performing arts at a very young age and took voice lessons before giving it a try in Broadway.

Who is Maelyn Jarmon Dating?

Speaking about her romantic life, Maelyn Jarmon is in a relationship with her boyfriend Johnny Murrell since 2014. He is also a singer and musician known for his association with the folk-rock band, Robbing Johnny. He’s the singer and songwriter as well as plays the piano and guitar for the band. Johnny has been supportive of her throughout the show and had made a quite few appearances on the show to encourage her.

Though Maelyn is deaf in her right ear and has only 80% hearing in the left ear, she didn’t lose her hope and took voice lessons at least she was 13 years old. She moved to New York when she was 17 years old and apparently, made her way to the Broadway, performing in a number of musicals, thanks to her sheer hard work and determination.

Maelyn had once auditioned for American Idol but unfortunately she didn’t make it through the first round. She auditioned for the sixteenth season of The Voice in 2019 and ultimately left the judges and audience speechless with her rendition of Sting’s “Fields of Gold” during the blind auditions. All four judges Adam Levine, John Legend, Kelly Clarkson and Blake Shelton turned their chairs, with her joining the team John.

She continued to wow judges as she advanced through the show. Maelyn sang Coldplay’s “The Scientist” during the top 13 and performed “Stay” by Rihanna feat. Mikky Ekko at the top 8. During the season’s finale, she delivered a power-packed performance with coach John Legend, singing Nat King Cole’s rendition of “Unforgettable”. She also sang her original song “Wait for You” and Leonard Cohen’s song “Hallelujah”.

Maelyn Jarmon was declared the winner of the competition.

She is completely deaf in the right ear due to recurring ear infections when she was two years old. In addition, the procedure left her with only 80% hearing in the left ear.

At age 13, she discovered her passion for music and took voice lessons to hone her skills.

Maelyn soon began to perform on Broadway musicals and by 17, she moved to New York with her family to pursue her passion.

She is signed to Republic Records.

She released her “Last Call” in 2016 followed by her second single “Ayo” in 2017. Both tracks are available on digital streaming platforms like Apple Music and Spotify.