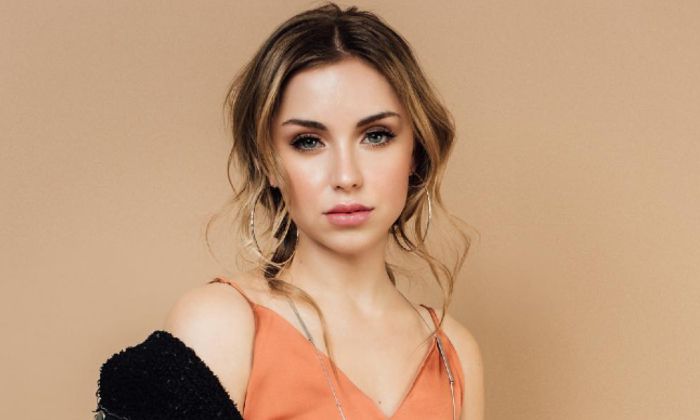 Who is Maddie Orlando?

Maddie Orlando is a Canadian social media influencer who gained a lot of fame lately after being recognized as the older sister of Canadian singer and actor, Johnny Orlando. She is quite popular on Instagram, where she has already amassed over 360K followers. She and her younger sister, Lauren, has been hosting a podcast called The Sister Diary since 2019. The sisters also launched a blog, The Sister Dairy, around the same time, where they share several topics from lifestyle to travel with their readers. In addition, they created a women’s clothing collection, which is popular with young women.

Maddie Orlando was born on the 20th of August 1996, in Mississauga, Ontario, Canada. She is currently 23 years old.

Maddie Orlando is the oldest daughter of Meredith and Dale Orlando. Her father is a lawyer and former President of the Ontario Trial Lawyers Association. Both her parents are also social media personalities. She has three younger siblings, two sisters, Darian Orlando and Lauren Orlando and a younger brother, Johnny Orlando.

Now, this is the topic that most of you are probably looking forward to. Well, we are sorry to say that there is not a lot we have to share regarding the personal affairs of Maddie. She has tried to keep things away from the media to the best of her abilities but there are reports of her dating an unidentified guy.

One might say that Maddie’s early fame was due to the fact that she is the older sister of Johnny Orlando but she has built a huge social media following on her own right.

She, like many Instagrammers, isn’t afraid to show off her enviable figure in proactive bikinis and you can find a lot of her pictures posing in bikinis and racy outfits. Maddie is also on Twitter, where she’s over 43 thousand followers.

Owing to her success as an Instagrammer, she and her sister Lauren Orlando launched a podcast called The Sister Diary in 2019.

Maddie is also passionate about fitness and beauty, and she posts lifestyle, fashion, and beauty-based content across her social media accounts.

She has her own clothing line called Artless Forever whose products are sold via a dedicated website.

Maddie has also launched a blog called The Sister Diary in 2019.