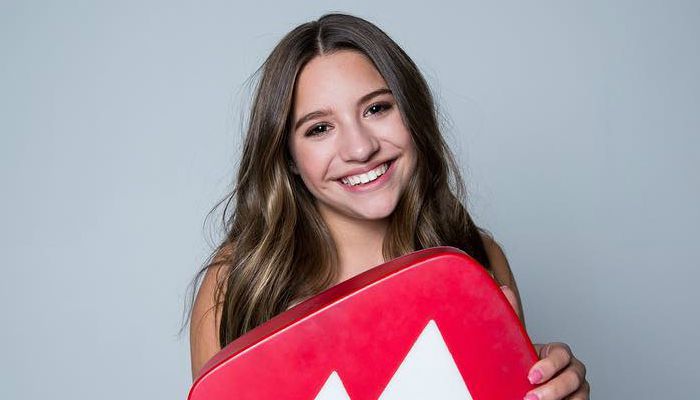 Who is Mackenzie Ziegler?

Mackenzie Ziegler is a famous dancer, singer, actress, and model from Pittsburgh, Pennsylvania. She caught the spotlight in 2011 when she appeared on Lifetime’s reality dance show Dance Moms. She is already famous for being the younger sister of dancer and actress Maddie Ziegler. She is not only a dancer and actress but also a singer and internet star, with over 13 million Instagram followers and 10 million followers on Musical.ly (TikTok).

Mackenzie Ziegler was born on the 4th of June 2004, in Pittsburgh, Pennsylvania, United States of America. She is currently 15 years old.

Mackenzie Ziegler is the youngest child of parents, Melissa Ziegler-Gisoni and Kurt Ziegler. She has an older sister named Maddie Ziegler, who is an actress and dancer. After her parents divorced when she was six years old, her mother remarried Greg Gisoni in 2013. She also has two older paternal half-brothers, Ryan and Tyler, and two older step-siblings, Matthew and Michelle.

Due to the fact that she got involved in showbiz at an early age, she’s enrolled to homeschooling program as she couldn’t able to manage her acting career and going to traditional school at the same time.

There are no details about her boyfriend at this time.

In 2011, Mackenzie Ziegler landed her role as a 7-year-old dancer in the short music film Just Like Summer. In addition, she has starred in a host of TV movies like Dance Moms Christmas Special and Dance Moms Slumber Party.

Ziegler made her first TV show appearance as herself in the American reality TV series, Dance Moms, in 2011.

Mackenzie released her debut studio album “Mack Z” on iTunes in 2014, which reached the top of iTunes pop charts.

She has endorsed many brands and products such as  Polo Ralph Lauren, General Electric and Clean & Clear. In 2017, she was made the brand ambassador for girls’ fashion line Emily West.

The 15-year old multi-talented personality has managed to accumulate a net worth of $2.5 million US dollars. She along with her sister Maddie launched a limited edition fashion line, The Maddie & Mackenzie Collection, through Mod Angel, in 2014. In 2016, she released a tee-shirt line called Tee4Too and also launched Kenzie Ziegler TurnBoard in collaboration with TurnBoard.

Like her sister Maddie, she’s a product of  Abby Lee Dance Company. She has participated in several dance competitions through the school.

She has worked with organizations such as Dancers Against Cancer and Love Your Melon to raise funds to tackle childhood cancer and raise awareness about the condition.

Mackenzie was included in Refinery29’s list of 29 young actors, singers, and activists “on the verge of superstardom” in 2017.

She has also appeared on such talk shows as The Today Show, The View and Good Day New York.

In January 2017, Ziegler and her sister conducted a dance workshop tour of Australia.

In 2017, Ziegler and Orlando sang in concerts throughout North America and the UK in their Day & Night Tour, which is set to continue in Europe till December.

She starred as Dorothy in a holiday stage pantomime adaptation, The Wonderful Winter of Oz, in Pasadena, California in December 2018.