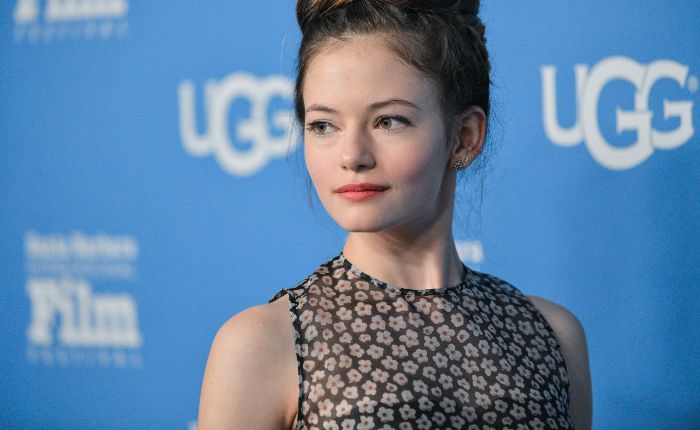 Mackenzie Foy is an American actress who gained fame for her part in the movie, ‘The Twilight Saga: Breaking Dawn – Part 2’, a role that earned her a Young Artist Award nomination. She won the Saturn Award for Best Performance by a Younger Actor for her work in the 2014 space epic Interstellar, which also earned her several other nominations.

Mackenzie couldn’t able to attend regular schools due to busy schedules but she is taking lessons through homeschooling.

Mackenzie Foy is the daughter of American parents, her father is a truck driver, and her mother is a homemaker. Other than that, nothing much is known about her family.

Mackenzie hasn’t disclosed anything about her personal life and prefers to stay away from the media spotlight.

Mackenzie Foy made her acting debut as Renesmee Cullen in Bill Condon’s romantic fantasy film ‘The Twilight Saga: Breaking Dawn’ Part 1 in 2011. She reprised her role in the part 2 as well. Based on the novel Breaking Dawn by Stephenie Meyer, Foy had a brief part in the first part, however, she received Young Artist Award nomination in the ‘Best Suppporting Young Actress’ category for her role in ‘The Twilight Saga: Breaking Dawn’ Part 2.

In 2009, she appeared in an episode of the Fox network sitcom ‘Till Death.

Mackenzie gained a lot of fame and recognition for her portrayals of  Renesmee Cullen in The Twilight Saga: Breaking Dawn – Part 1 and Part 2 and Murph in space fiction Interstellar.

Mackenzie started her professional career as a model at age 3 and she has modeled for brands like The Walt Disney Company, Mattel, Gap, Garnet Hill, Polo Ralph Lauren and Guess. She has also appeared in their TV commercials and print ads.

Mackenzie’s net worth is estimated to be around $1 million.

She started acing at the age of nine. She guest appeared in TV shows before landing a role in the film adaptation of Stephenie Meyer’s book Breaking Dawn.

She played the on-screen daughter of Kristen Stewart in the Twilight saga.

Mackenzie is trained in ballet, jazz, tap and TaeKwonDo. She also earned a black belt in Taekwondo.

She has done voice roles in the movies Ernest & Celestine, The Boxcar Children and The Little Prince.

She has 2 pets – a cat named Luna, and a dog named FireFly.

She is good friends with actress Joey King. They both appeared together in movies like The Conjuring and The Boxcar Children.