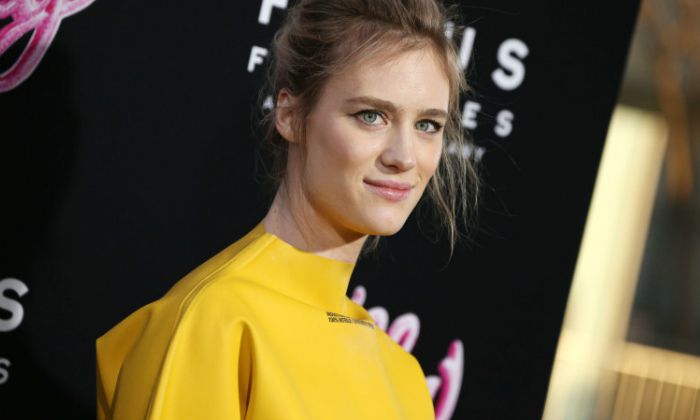 Who is Mackenzie Davis?

Mackenzie Davis is a Canadian actress who first captured the attention of the millennials with her starring role as computer programmer Cameron Howe in the television series “Halt and Catch Fire”. Since her feature film debut in “Smashed,” Davis has garnered much attention for herself in the creative industry. She has acted in such movies as “Breathe In”, “That Awkward Moment”, “The Martian”, “Blade Runner 2049”, “Always Shine”, “Izzy Gets the F*ck Across Town” and “Terminator: Dark Fate”. She won the Tribeca Film Festival Award for Best Actress for her role as Anna in the psychological film “Always Shine”.

Mackenzie Davis was born on the 1st of April 1987, in Vancouver, British Columbia, Canada. She is currently 33 years old.

Mackenzie Davis is the daughter of entrepreneurs, Lotte and John Davis. Her father is from Liverpool, England while her mother originated from South Africa and town a hair care company called AG Hair Care. She is the only child to her parents.

Regarding education, Davis attended Collingwood School in her hometown of Vancouver and graduated high school in the year 2005. She then studied English literature at McGill University in Montreal and took acting classes at the Neighborhood Playhouse in New York City.

Talking about Mackenzie Davis’ romantic life, it still remains a big mystery not only to us but also to fans. It appears Davis to be a very private person who rarely opens about her personal life when asked about it. That makes us clueless regarding her boyfriend or her past relationships.

Davis is now the most sought-after actress in the industry who has several projects in her kitty. She plays Kristen Stewart’s girlfriend in the upcoming film “Happiest Season”, leading to speculations that she might be possibly gay. However, there is no concrete evidence to ascertain the claims and lep’s hope that she would offer a glimpse of her private life soon.

Mackenzie Davis made her feature film debut in 2012, playing the role of Millie in James Ponsoldt’s drama film “Smashed.” She starred alongside actors Mary Elizabeth Winstead and Aaron Paul in the film.

That same year, Davis landed a small part on an episode of the MTV comedy-drama series I Just Want My Pants Back as Lucie.

Davis’ claim to stardom came in 2014 when she landed the lead role in the period drama television series “Halt and Catch Fire”. Her early works in films and television series won the casting directors who cast her alongside the likes of Lee Pace, Scoot McNairy, Kerry Bishé, Toby Huss, and Aleksa Palladino. She played Cameron Howe in 40 episodes of the series between 2014 and 2017.

She received critical acclaim for her performance in the 2016 psychological thriller film, Always Shine, and in the 2017 comedy-drama film, Izzy Gets the F*ck Across Town. Davis received Tribeca Film Festival Award for Best Actress for the former while the latter earned her the Special Jury Award – Best Breakout Performance Napa Valley Film Festival and the Tacoma Film Festival Jury Prize for Best Performance.

Her other notable acting works include parts in movies such as Breathe In, That Awkward Moment, The Martian, Blade Runner 2049, The F Word and Terminator: Dark Fate.

Through all her acting accomplishments, Mackenzie Davis has earned an impressive net worth for herself, which stands at $3 million, as of 2020.

She became obsessed with stage theater at a young age and often visited Bard on the Beach, a Shakespeare festival in Vancouver.

It was the pressure from her parents that led her to go to college before pursuing acting.

She briefly did modeling while in college.

Davis is an outspoken feminist.

She has a peculiar hobby of making bone sculptures from mouse skeletons she retrieves from owl pellets.

Davis will be seen playing Davis Kate in The Turning, a modern adaptation of the 1898 horror novella The Turn of the Screw by Henry James. The film is set to premiere in 2020.