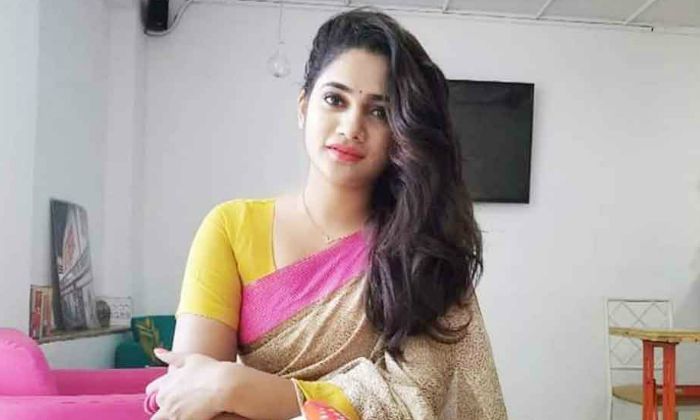 Losliya Mariyanesan is a Sri Lankan television host, news anchor, and model. She caught the spotlight after she appeared on the third season of the Tamil reality show Bigg Boss as a contestant in 2019. She is best known for her work as a news anchor on Shakthi TV and also as a host of Good Morning Sri Lanka, a morning talk show that airs on Shakthi TV.

Losliya Mariyanesan was born on the 24th March of 1996, in Kilinochchi, Sri Lanka. She is currently 24 years old.

Talking about her family, Losliya is a private person and hasn’t revealed anything about her parents, childhood, and education. She was born second to her parents, Mariyanesan, who is from Jaffna, Sri Lanka, and her mother is also from Jaffna. She has two younger sisters. Her parents moved to Trincomalee, a resort port city in the Eastern Province of Sri Lanka when she was young, where she completed her school studies.

In school, she used to participate in a lot of cultural programs and speech competitions. After graduating from high school, she didn’t further her higher studies as she was hired by a local Tamil television channel as a new anchor at the age of 19 years old.

Losliya is possibly single. There is not much information available of any relation she has had in the past or in the present. During an interview, a close friend of hers confirmed that she is single and not in a relationship with anyone.

Losliya made her television debut as a news anchor in Shakthi TV. In 2019, she received her major breakthrough when she appeared as a contestant in the controversial reality show, Bigg Boss Tamil. The show is being hosted by Actor-turned-politician Kamal Haasan. She’s winning the hearts of the people right from the first day of the show, thanks to her gorgeous and innocent look.

Born in Kilinochchi, she moved to Trincomalee, Sri Lanka along with her family at an early age due to the ongoing civil war at that time.

Her father moved to Canada for work leaving behind them in Trincomalee, where she spent most of her life.

Losliya lived in Colombo for four years working for a television network.

Maldives is her favorite go-to place.