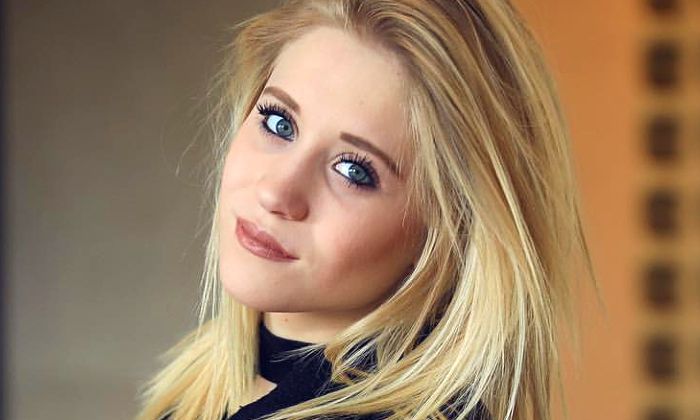 Who is Lizzy Wurst?

Elizabeth Wurst, better known as Lizzy Wurst, is a young passionate YouTuber and social media influencer based in Los Angeles, California. She has been in the internet game for quite a while, and when internet personalities out there are screaming their way out for visibility, Lizzy has effortlessly made a name for herself in the ever-growing business. Lizzy’s mission to inspire and entertain people through her videos have paid off, attracting an audience of over 1.4 million people to her self-titled YouTube channel. Her Instagram, another popular platform, boasts over 1.6 million followers, thanks to her cheerful spirit, and effortlessly gorgeous portraits.

Lizzy Wurst is the eldest daughter of Tom Wurst and Maria Wurst. She has a younger brother named Jack Wurst, who often appears in her videos.

For her education, she attended Delsea High School in her hometown of New Jersey. She was exposed to various social media platforms by her boyfriend while still in high school and even featured in many of his YouTube videos. That actually inspired her to start a career on her own.

Lizzy Wurst is currently single. She was in a relationship with fellow YouTube and social media personality, Lance Stewart, from 2013 to 2018. The two have appeared together in several videos posted on their respective channels as well as featured on their Instagram too.

In December 2018, the high school sweethearts announced their break up to their millions of fans in a YouTube video titled “we broke up” posted on their respective channels, where they shared everything about their relationship like how things didn’t work between them and why they decided to end their relationship.

They still remain good friends and they even reunited for an “ex-boyfriend tag” video on Wurst’s channel in 2019.

Lizzy Wurst, like many of the other social media influencers out there, launched her career while she was still in high school. She first joined Vine, a short-form video sharing app where people can share six second-long videos. She was an instant hit on the app, garnering tens of thousands of fans before the app was taken out of service.

In August 2016, she transitioned to YouTube, launched her self-titled channel ‘Lizzy Wurst’, and began uploading lifestyle videos. With time, she diversified her content to include challenges, pranks, and comedy vlogs. Since the beginning of her channel, she’s attracted an audience of over 1.4 million subscribers and earned tons of views for each. Besides experimenting with different genres of content, she has also collaborated with other YouTubers like Sabrina Nicole, Lance, and Niki.

Social media has become a big business these days, with people having millions of followers command hundreds to thousands of dollars for each sponsored post or video. And, of course, you can’t achieve it without having a prodigious amount of social following. Lizzy has it all covered.

As of 2020, Lizzy Wurst is worth over $250 thousand dollars and all of that money comes her successful online career.

Lizzy is a breast cancer survivor. During the course of the treatment, she felt very insecure about her breasts as they reduced in size, and as a result, she had breast augmentation to increase her size.

She has a pet dog named Theo.

Her favorite color is blue.

Lizzy is a huge fan of Adam Sandler and Jim Carrey movies.

She is very afraid of pool vacuums.