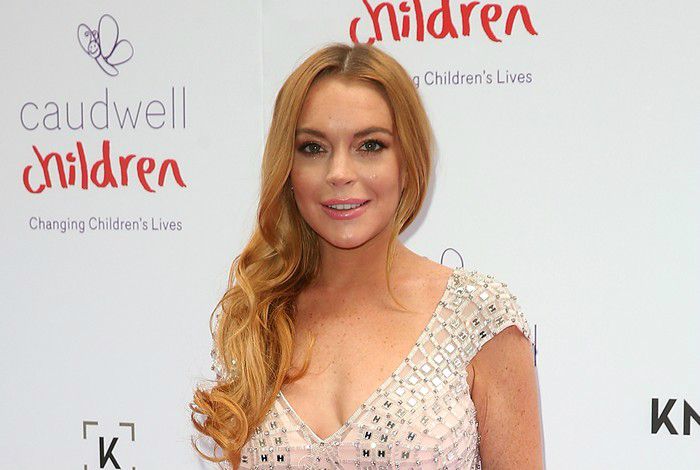 Who is Lindsay Lohan?

Lindsay Lohan is an American actress, singer, model, and businesswoman who came into the limelight after portraying Annie James and Hallie Parker in the 1998 Disney movie, ‘The Parent Trap’. Her work in films such as ‘Mean Girls’, ‘Herbie: Fully Loaded’, and ‘Just My Luck’ led her to stardom and catapulted her to teen idol. In 2018, she returned to television with a recurring role on the Sky One series Sick Note.

Lohan attended Cold Spring Harbor High School, New York where she did well in science and mathematics, until grade 11, when she started homeschooling.

Lindsay Lohan has dated many men throughout her life, and for that, she has always been in the news. She was in a relationship with Aaron Carter from 2002 to 2003, which can be considered as one of her long-term relationships. In 2004, she briefly dated actor Colin Farrell and actor Wilmer Valderrama. She then dated Harry Morton in 2006 and singer and DJ Samantha Ronson from 2008 until 2009.

In 2016, Lindsay started dating Russian business mogul, Egor Tarabasov. They got engaged in April 2016, however, they called off their engagement in mid-2017.

Lindsay Lohan made her acting debut at the age of 11 in Disney’s 1998 comedy film, ‘The Parent Trap’, a remake of a popular 1961 movie. She played the dual roles as twin sisters, Hallie Parker, and Annie James.

The film met with the commercial success which earned her a Young Artist Award for Best Performance in a Feature Film – Leading Young Actress as well as nominated for a couple for prestigious awards.

Lohan had her first television appearance in 1992 in TV Show Late Night in an episode dated October 29, 1992, as Trick-or-Treater Dressed as Garbage.

Lindsay released her debut studio album, “Speak” on December 7,  2004, peaking at number 4 on the Billboard 200 and was eventually certified Platinum. The album spawned hit singles, “Rumors”, “Over” and “First”, with the former centered regarding her complaints with the paparazzi. The single earned gold certification and received the nomination for Best Pop Video at the 2005 MTV Video Music Awards.

She is widely recognized for her work in films like ‘The Parent Trap’, ‘Freaky Friday’ and ‘Mean Girls’.

Lindsay Lohan has a net worth of $1 million as of 2020. This decorated star has lost a significant part of her fortune due to drug addiction and legal troubles. She is always considered as the most-controversial actress of our generation.

In late 2011, she was almost on the verge of bankruptcy before she was paid $1 million to pose nude for the men’s magazine, Playboy. Her love for exotic cars has resulted in her buying five luxurious cars such as Roll Royce Phantom, Porsche 911, Range Rover Sport, Mercedes SL65 AMG, and Maserati Quattroporte.

Lindsay Lohan launched her professional career at the tender age of 3 when she modeled for Ford Models, Calvin Klein Kids, and Abercrombie kids.

She is allergic to blueberries and horses.

In 2004, she was named one of People Magazine’s 50 Most Beautiful People in the World.

She won the 2006 Kids Choice Award for Best Female Actress at the 19th Annual show on Nickelodeon.

Lohan was originally offered the role of Jade in The Hangover (2009), but she turned it down which later went to Heather Graham.

She auditioned for the role of “O” in Savages (2012) but lost to Blake Lively.

She won several awards for her role in the film ‘Mean Girls’, including MTV Movie Award for Best Female Performance and Teen Choice Award for Movie Breakout Star.

Lindsay has bagged the Hollywood Film Award for Breakthrough Actress for her performance in Bobby in 2006.

She has been arrested several times, one in 2011 for fleeing the scene after she allegedly hit a pedestrian while driving her Porsche and many times for possession of drugs and driving under influence.

In July 2018, Lohan had signed on to star in a reality series focusing on the Mykonos Beach House.