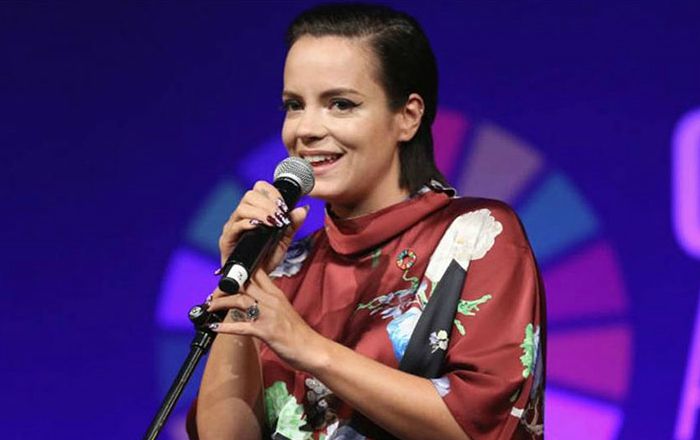 Who is Lily Allen?

Lily Allen is an English singer, songwriter and actress who became famous with her debut album “Alright, Still”, for which she received Grammy Awards, Brit Awards and MTV Video Music Awards nominations. Her second album “It’s Not Me, It’s You” was an instant hit and was well received by people, that spawned hit singles “The Fear” and “Fuck You”.

Lily Allen was born on the 2nd of May 1985, in Hammersmith, London, England. She’s currently 34 years old.

Lily attended 13 schools, including Prince Charles’s junior alma mater, Hill House School, Millfield, Bedales School and was expelled from most of the schools due to her bad habits like drinking and smoking. She had put an end to her studies at the age of 15 to focus on her music career.

Lily Allen began dating builder and decorator Sam Cooper in July 2009. The couple got engaged in December 2010 while they were on holiday in Bali. They married on 11 June 2011 at St. James church in Cranham, Gloucestershire, England. Together they have two daughters named Ethel Mary (born on  November 25, 2011) and Marnie Rose (born on 8 January 2013). They divorced in 2016.

Lily Allen released her debut studio album titled “Alright, Still” on July 14, 2006. The album spawned hit singles “Smile”, “LDN”, “Knock ‘Em Out”, and “Alfie” and peaked at #2 in UK, #20 in USA, #7 in Australia, #6 in Ireland. The album was well received by music lovers and that helped her to create a name for herself in the music world.

Allen has released three studio albums to date and her fourth album is due to release n June 2018.

Allen made her onscreen debut with the 1998 biographical film Elizabeth, in which she had a minor role as a lady in Waiting.

Allen has an estimated net worth of $20 million dollars. She owns a BMW 3 Series and a Mini Cooper.

In her memoir, My Thoughts Exactly, Lily Allen made a few shocking revelations about her personal life that were scandalous in nature. The outrageous disclosures definitely shocked her fans. First off, she stated that she faked the miscarriage with her ex-boyfriend’s Ed Simons child, due to fears over how tabloids would report the story.

Whilst still in marriage vows with Cooper, Allen had sex with female escorts in 2014, which she revealed through an IG post on September 2, 2018, fearing that the Daily Mail were about to run a story on it the following day. She quoted “I’m not proud, but I’m not ashamed”, and criticised the press for portraying the events as a “lesbian prostitute sex romp.”

She also revealed that she an affair with English singer and songwriter Liam Gallagher whilst he was still married to Nicole Appleton.

Lily became overnight sensation in the UK when she posted demo tracks to community website MySpace.com in November 2005.

Lili Allen was named the third coolest person of the year on the Cool List of “NME” magazine in 2006, but the same year, she was also voted #10 in BBC3’s The Most Annoying People of 2006.

She is a cricket fan and has appeared on Test Match Special.

She was 16 weeks into pregnancy at the time of her wedding with Sam Cooper.

The success of her second album earned her a Brit Award for British Female Solo Artist at the 2010 Brit Awards.

Lily Allen published her memoir “My Thoughts Exactly” on September 20, 2018.