Lilly Singh is a Canadian YouTuber, Vlogger, actress, rapper and comedian, best known for her YouTube channel IISuperwomanII. This Indian origin damsel is one of the most popular and the highest paid YouTube stars, who grabbed No.3 position on the Forbes’ list of “World’s Highest Paid YouTube Star” in 2016. She was apparently ranked No. 1 on Forbes Top Influencers list in the entertainment category in 2017. Lilly is also an author of bets selling book, How to be a Bawse: A Guide to Conquering Life.

Singh was born on 26 September 1988, in Scarborough, Ontario, Canada.

Lilly attended Mary Shadd Public School and graduated from the Lester B. Pearson Collegiate Institute in 2006.

In 2010, she obtained her degree in Bachelor of Arts (Psychology) from the York University.

As per sources, Lilly Singh had dated another YouTuber, Yousef Erakat in 2016. They both have collaborated in several videos on each other’s YouTube channel. 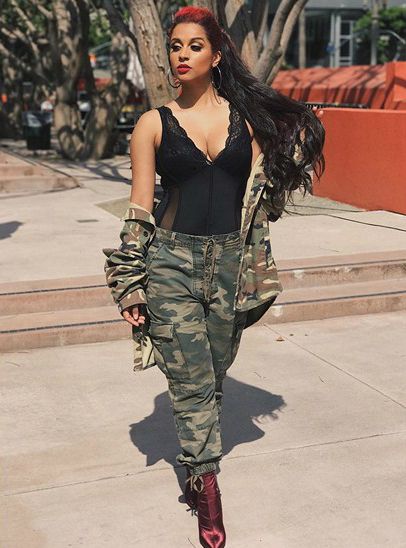 Singh appeared as a background dancer in the movies Speedy Singhs and Thank You in 2011. In 2014, Singh appeared in a small role in the 2014 Indo-Canadian production Dr. Cabbie.

Her first TV show appearance came in 2014 with the reality series Giving Back Glam as herself.

In July 2016, she featured on The Tonight Show Starring Jimmy Fallon for the second time, where she announced her book entitled, How To Be a Bawse: A Guide to Conquering Life.

In July 2014, she also released a song #LEH in collaboration with the rapper Kanwer Singh, who works under the pseudonym “Humble the Poet.”

Lilly Singh has had endorsed many brands and products via her YouTube channel and alos has appeared in a handful of television commercials like Smashbox liquid lipstick and Pantene, etc.

In 2017, Singh was announced the UNICEF’s Goodwill ambassador.

She has two YouTube channels, Superwoman and SuperwomanVlogs, which forms her main source of income. As of 2017, Lilly Singh net worth is estimated to be US$10 million. Her former channel has more than 12 million subscribers and 2 billion views since 2010. Being the third highest paid YouTubers, every 1000 views of her videos earns her enough dollars to make her one of the richest internet star of the century.

During her early twenties, she suffered form depression and to overcome it she shifted her focus toward YouTube, where she began to post new videos. This is how she became a YouTuber in October, 2010, which now stands at 12.6 million plus subscribers and more than 2 billion gross views.

As per Forbes’ 2016 list of “World’s Highest-Paid YouTube Stars”, she was placed third after Roman Atwood and PewDiePie with earning of US$7.5 million.

Singh has featured in the annual YouTube Rewind every year since 2014.

She ranked 1st on 2017 Forbes Top Influencers List in the entertainment category.

Variety magazine recognized her as one of their 10 Comics to Watch for 2016, and she was honored at the Just For Laughs Film Festival in Montreal.

She is amongst the top ten most subscribed Canadian YouTube channels.

She has been featured in the likes of the Globe and Mail, ZeeTV, OMNI, Metro, HelloGiggles, the Comedy Network and the Ellen Degeneres show to name a few.

In 2016 Singh partnered with Me to We to promote the product GirlLove Rafiki Bracelet and donated the proceeds to girls in Kenya for their education.

In March 2017, she released her debut book titled, How To Be a Bawse: A Guide to Conquering Life, which is a guide book about leading a better life.

Lilly establishes herself a Feminist Youtuber.