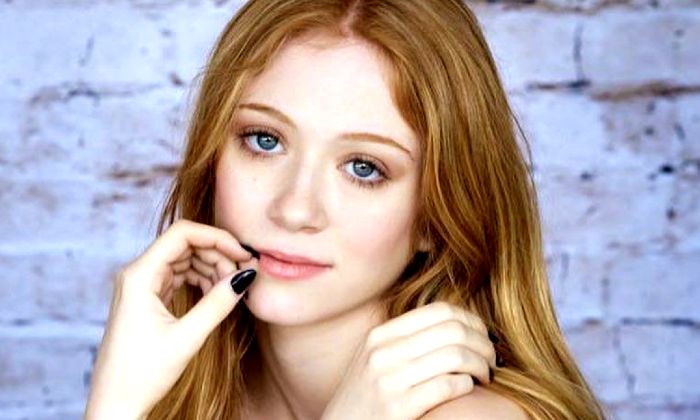 Who is Liliana Mumy?

Hailing from San Marcos, California, Liliana Mumy is perhaps best known for her role as Lucy Miller in second and third installment of The Santa Clause trilogy as well as for playing Jessica Baker in Cheaper by the Dozen film series. She is also credited as a voice actor and has done voice acting roles in a number of films and TV series, including the voice of Mertle Edmonds in the Lilo & Stitch franchise, and multiple roles in Ridge Middle School and The Loud House. Her other appearances include Lula Banks in The Cleaner, Beth Tezuka in Bravest Warriors, Panini in Chowder, and Amelia in Rubbadubbers.

Liliana Mumy was born on the 16th of April 1994, in San Marcos, California, United States of America. She is currently 26 years old.

Liliana Mumy is the youngest daughter of Eileen Joy (née Davis), a childbirth educator, and Bill Mumy, an actor, musician, and author. She has one older brother named Seth Mumy who is also an actor. Her father’s got Scottish, German, English, and French-Canadian roots, while her mother has Jewish ancestry.

Talking about Liliana’s dating life, it is known that she had involved in a long-term relationship with fellow actor, Nicky Jones, who was two years her junior. She then began dating hockey player, Andrew B, and was also rumored to have been in a relationship with Twilight Saga actor, Taylor Lautner.

She is currently in a relationship with her boyfriend named Ben. Judging by their pictures on her Instagram, it is evident that they are going strong with her romance. Further details about her boyfriend like what’s he doing or when and how they started dating are not available at the moment as his profile is kept private. But, fans can rest assured that they are super happy as one can find a ton of romantic pictures being posted frequently on her Instagram.

Liliana Mumy got her start in Hollywood while she was still young. Her first acting gig was a voice role in the English version of the Japanese animated film, My Neighbors the Yamadas (1999), in which she voiced the character named Nonoko.

Two years later in 2001, she made her acting debut with the Golden Globes Award-nominated series, Scrubs, where she played the role of Samantha Tanner in one of its episodes. She was just seven years old when she guest-appeared in the series.

After guest-starring in a couLilianaple of television series such as That ’70s Show and Strong Medicine, Liliana landed her first major role as Lucy Miller in Michael Lembeck’s Christmas movie, The Santa Clause 2, in 2002. The following year, she portrayed Jessica Baker in the family comedy film, Cheaper by the Dozen, by Shawn Levy, starring alongside Steve Martin, Bonnie Hunt, and Hilary Duff.

Her early success in the industry led to subsequent roles in the movie sequels and also got the opportunity to work with major stars in the business.

Though she found great success as an actress, it was the voice roles that catapulted Liliana to stardom. She has accomplished a lot in the industry, thanks to her amazing voice that landed her in various hit projects. Liliana provided the voice of Amelia in children’s television series, Rubbadubbes, from 2003 to 2005, and during his time, she was also the voice of Mertle Edmonds on Lilo & Stitch: The Series, a Walt Disney’s animated series that aired on ABC Kids from 2003 to 2006.

As she moved forward with her career, Liliana had a recurring voice acting role of Human Kimberly in the TV series Catscratch and also had voice roles in series such as The Secret Saturdays, Winx Club, Bravest Warriors, Ridge Middle School, The Loud House, DC Showcase: Catwoman, Space Buddies, and The Loud House Movie, among many others.

In 2001, Liliana Mumy received nomination for Best Performance in a TV Comedy or Drama Series – Guest Starring Young Actress Age Ten or Under, for her work in My Wife & Kids. In 2003, she was part of winning Best Young Ensemble in a Feature Film for“Cheaper by the Dozen. She was nominated for Best Young Ensemble in a Feature Film for The Santa Clause 3: The Escape Clause in 2006, and went on to win the Best Vocal Ensemble in a New Television Series prize for The Loud House in 2016.

She has a huge social media following, and one of the best places to find her is Instagram, where she has over 45 thousand followers.

She is a huge fan of the Pittsburgh Penguins and the Los Angeles Lakers.

Having started her career as a child actress, Liliana Mumy has come a long way, and today, she has forged a place in the industry. With all her accomplishments, she has accumulated a net worth of $4 million as of 2020, all of which comes from her successful career as an actress and voice actor. Her success in Hollywood is nothing short of amazing and inspirational. The future looks bright for Liliana thanks to her many professional accomplishments.