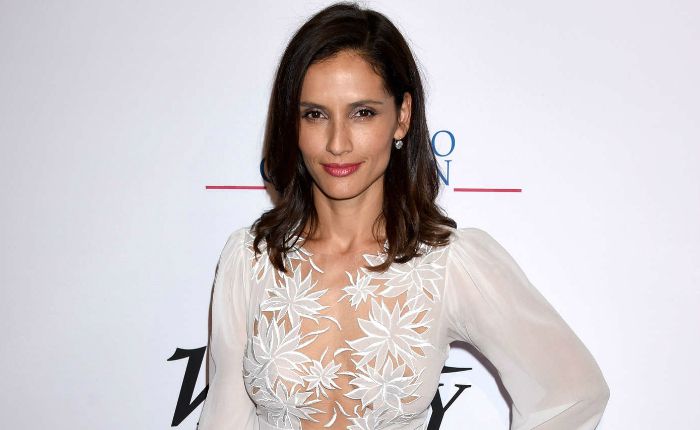 Who is Leonor Varela?

Leonor Varela is a Chilean actress and model best known for her portrayal of vampire princess Nyssa Damaskinos in the 2002 film Blade II. She was nominated for Ariel Award for her work in the 2004 Mexican film Voces Inocentes. On television, she landed the title role in the 1999 television film Cleopatra.

Leonor Varela was born on the 29th of December 1972. in Santiago, Chile. She is currently 47 years old.

Leonor’s father’s name is Francisco Varela (Francisco Javier Varela Garcia), who is a biologist, neuroscientist, and philosopher. Her mother, Leonor Palma, is a massage therapist. She has three siblings, a sister, Alejandra, and two brothers, Javier and Gabriel. Her family fled to Costa Rica, leaving behind the dictatorship of Augusto Pinochet.

After graduating from school, she studied acting at the Niels Arestrup School, L’École du Passage, and Conservatoire Supérieur de Paris.

Leonor Varela got married to producer Lucas Akoskin in April 2013. The couple welcomed their first child, a son, Matteo Akoskin on November 20, 2012. She gave birth to her second child, a daughter, Luna Akoskin on February 25, 2015. Her son Matteo was diagnosed with leukodystrophy as a toddler. He died on November 16, 2018, at the age of 5 years old.

Prior marrying to Akoskin, she dated actor Billy Zane, her co-star in the 1999 television film Cleopatra. They even got engaged before they broke up.

Leonor Varela started her professional acting career with the 1997 film Shooting Stars, in which she played the role of Vanessa.

In 1995, she made her first appearance with a guest-starring role in the TV series Extrême limite.

Leonor caught the attention of the international audiences with her starring role as vampire princess Nyssa Damaskinos in the 2002 film Blade II. She received positive reviews for her performance in the film.

She met with critical acclaim when she was cast in the title role of ABC’s acclaimed mini-series Cleopatra. A role that brought her huge fame and recognition.

Varela’s net worth is estimated to be around $1 million.

She had to outperform 35 other actresses to secure the title role in the 1999 TV film Cleopatra.

She is fluent in English, Spanish, French and Italian.

Leonor has appeared on the cover of 13 different editions of Maxim magazine.

She grew up in different countries including Chile, Germany, and France. She now resides in the US.

She is a good friend of the Mexican director Guillermo del Toro.

She is a vegetarian and a marine activist. In June 2008, she led huge Anti-whaling Rally on the Eve of the 2008 Meeting of the International Whaling Commission in Santiago, Chile.

Varela has a French bulldog called Monroe, or simply Mo.

Leonor has been a cover girl of several magazines like Rolling Stone, Maxim, Vogue, Ocean Drive, FHM, and Cosmopolitan.