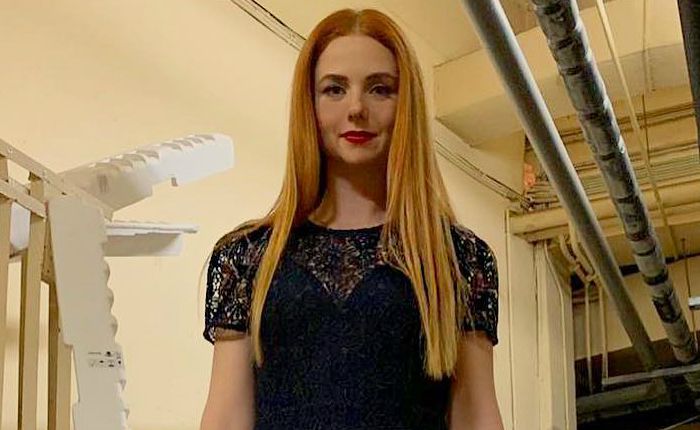 Who is Lena Katina?

Lena Katina is a famous Russian singer and songwriter who is well known as a former member of the girl band t.A.T.u. along with Julia Volkova. The music duo is popular in the pop industry and they are widely recognized for their hit tracks “All the Things She Said”, “Not Gonna Get Us” and “All About Us”. She embarked on a solo career in 2009 and released her first single “Never Forget” in 2011. It managed to reach #1 on the MTV Russia Top 10 as well as won her the MTV Russia – 2011 Video Of The Year. Her debut album “This Is Who I Am” was released in 2014.

Lena Katina was born on the 4th of October 1984, in Moscow, Russian SFSR, Soviet Union (now Russia). She is currently 35 years old.

Lena is the daughter of Inessa Vsevolodovna Katina and Sergey Vasilievich Katin, a former musician. She has a younger sister named Ekaterina Katina. Her paternal grandparents are Vasili Katin and Asya Nikitichna and her maternal grandfather is Vsevolod. She also has two half-siblings, a younger paternal half-sister Katya and a maternal half-brother Ivan.

Katina attended a local school for her formal school education at the age of seven. A year later, she enrolled to study piano and went on to graduate from Moscow State University.

Katina is married to her long-time boyfriend “Sash Kuzma” (Sasha Kuzmanović). He is also a musician of Serbian and Slovenian origin. Their wedding took place in Moscow and Ljubljana in August 2013. Together, they have a son named Aleksandr (born, May 22, 2015).

Lena Katina made her feature film debut playing one of the lead roles in the
2011 Russian drama film ‘You and I’. Based on the novel “t.A.T.u. Come Back”, which was inspired by true events,. the film chronicles the life of two teenage girls who meet and fall in love at a Moscow t.A.T.u. concert. The film also starred Yulia Volkova and Mischa Barton.

As a solo artist, she released her debut single “Never Forget” on June 17, 2011. The song was well-received by her fans and managed to reach number one in MTV’s “Russian Top 10 – Year in review” chart.

Following the success of the single, Katina released a string of tracks, before releasing her debut album “This Is Who I Am”on November 18, 2014. She released her Spanish debut album “Esta Soy Yo” on July 1, 2016.

She was featured in the musical series TRL Italy in 2001.

Her stint with the girl music duo t.A.T.u. from 1999 to 2014. The group was one of the most successful Russian music groups of all time. The group was famous for their smashing hits “All the Things She Said”, “Not Gonna Get Us” and “All About Us”.

Lena’s estimated net worth is $10 million. She currently resides in Los Angeles, California.

Lena launched her music career at a tender age of 10, during which she joined the child-group “Avenue” in 1994 and served as a soloist until 1997. She later moved to the vocal and instrumental group “Neposedi” (Fidgets) where she served for over a year.

At age 14, she became a member of the girl duo t.A.T.u. along with Yuliya Volkova. During her time with the group, they represented Russia in the Eurovision Song Contest: Latvia 2003 (2003), finishing 3rd out of 26 entries.

In 2014, they dissolved the band officially with a series of performances for the Olympic Games in Russia.

Her hair is naturally dark brown in color. But she loves to dye her hair in various hues, mostly red color.

She has a dog named Blankeria.

Lena Katina has lent her support to her bandmate Volkova on her cancer battle, who was diagnosed with cancer in 2009.

In 2011, she won the MTV Russia Video Of The Year award for her single Never Forget.

She modeled for the Russian edition of Maxim magazine in January 2013.

Lena voiced the fairy Zarina in the Russian version of the Disney film The Pirate Fairy in 2014.

In an interview, Katina revealed that she used to listen songs of popular artists such as Led Zeppelin, Deep Purple, and Pink Floyd while growing up.

In addition to her first language Russian, she can speak fluent English.

Lena is a strong supporter of LGBT community.