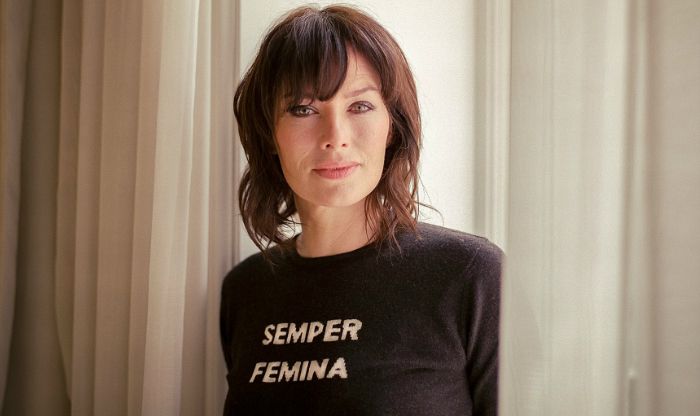 Who is Lena Headey?

Lena Headey is an English actress and film producer, who started her at the age of 17, garnered International fame and recognition through her role in the hugely popular fantasy series Game of Thrones. Her portrayal of Cersei Lannister earned her three Emmy and a Golden Globe nominations. She’s one the highest-paid actresses on television with earnings up to $1.1 million US dollars per episode of GOT.

Lena Headey was born on the 3rd of October 1973, in Hamilton, Bermuda. She’s currently 46 years old.

Lena Headey is the oldest daughter of English parents, Sue and John Headey. Her father worked with the Yorkshire police department and was stationed there at the time in the Bermuda Police Service. She has a younger brother named Tim Headey.

She attended Shelley College in West Yorkshire in England.

Headey gave birth to her second child, daughter Teddy, with director Dan Cadan. Dan is her childhood friend, who worked with her in his short film The Devil’s Wedding. The couple ended their relationship in June 2019.

She was also romantically linked up with Jason Flemyng and Johnny Cicco in the past. She was also reported to be in a relationship with her Game of Thrones co-star Jerome Flynn in 2014.

In 1992, she made her acting debut with a minor role as Young Mary in the film Waterland. She starred in supporting roles in a number of movies before landing a lead role in films like “Mrs. Dalloway”, “The Brother Grimm”, “300”, “Terminator: The Sarah Connor Chronicles”, and “Game of Thrones”.

In 1993, Lena guest appeared in BBC’s British television anthology drama series Screen Two for her role as Margaret in an episode titled “The Clothes in the Wardrobe”.

In 2017, Lena provided the voiceover for Mercedes A-Class television advertisement.

It’s no doubt that her role as the main antagonist Cersei Lannister on HBO’s fantasy series “Game of Thrones” earned her a lot of fame and boosted her acting career. Being considered as one of her finest works to date, Headey won a handful of awards and accolades for her outstanding performance throughout the series.

Her net worth is estimated to be $9 million US dollars. She takes $1.1 million as salary on every episode of Game of Thrones. Despite being a high-profile actor in the industry, she nearly went bankrupt in 2013 due to a bitter divorce battle. It was reported that she had only $5 in her bank account.

Having featured in GOT and other high-profile projects, she is now living a luxurious life and possesses houses in London and Los Angeles. Her car collections include cars from brand Chrysler and Tesla.

She is good friends with actress Piper Perabo and Game of Thrones co-stars Pedro Pascal and Peter Dinklage.

Lena was a vegetarian; however, in a 2011 interview, she stated she now eats meat again, albeit rarely.

Lena has a number of tattoos. Her tattoos include a large floral design on her back as well as a Pema Chödrön quote on her ribs.

She has appeared on the covers of TV Guide, G3, Sunday Mirror, and Germany’s Filmstar.

Headey has loads of tattoos all over her body. She has a large floral design on her back as well as a Pema Chödrön quote on her ribs.

In 2016, Headey was cast in the horror film Pride and Prejudice and Zombies, alongside her former Game of Thrones co-star Charles Dance.

In 2017, Headey gave voice-over for Mercedes A-Class television advertisement and Morgana in Trollhunters.