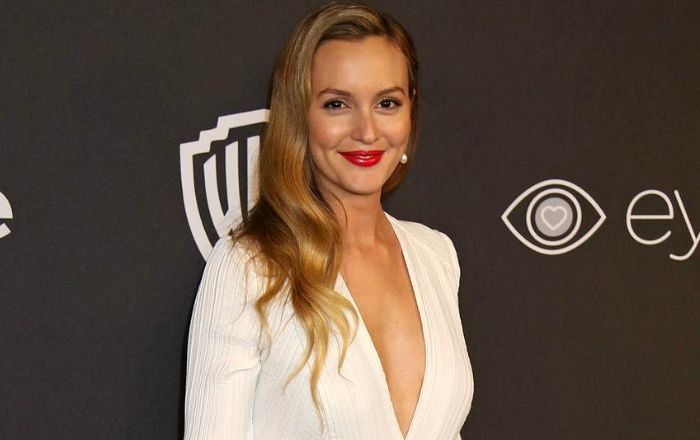 Who is Leighton Meester?

Leighton Meester is an American actress, singer and songwriter widely known for her role as Blair Waldorf in the television drama series ‘Gossip Girl’. She first gained fame after starring as Savannah Barnett in a science fiction television series, ‘Surface’. Her work in films like ‘Killer Movie’, ‘Country Strong’, ‘The Roommate’, ‘That’s My Boy’ and ‘The Judge’ further catapulted her to fame and popularity. In addition to her successful acting career, she has written and recorded songs and released her debut studio album, “Heartstrings” in 2014.

Leighton Meester was born on the 9th of April 1986, in Fort Worth, Texas, United States of America. She is currently 33 years old.

Meester was educated at the Professional Children’s School in NYC, USA. After moving to Los Angeles at the age of 14 years, she attended Hollywood High School and Beverly Hills High School and later graduated a year earlier from a small private school.

Leighton Meester married actor Adam Brody in a private ceremony on February 15, 2014. They first met while filming The Oranges in March 2010 and soon after began dating each other. She gave birth to their first child, a daughter, Arlo Day Brody, on August 4, 2015, in Whittier, California.

Meester made her on-screen debut in Hangman’s Curse in 2003, based on the bestselling book by Frank Peretti, in which she played the role of Elisha Springfield.

Leighton Meester earned her first acting role in 1999 as a murder victim’s friend, Alyssa Turner, on an episode of Law & Order.

Meester is immensely popular for her portrayal of Blair Waldorf in the television series ‘Gossip Girl’.

She served as the spokesperson for Sunsilk in 2008 and was made the brand ambassador for Biotherm Skincare in 2013.

Leighton Meester has a net worth of $5 million dollars.

Born in Texas, she had spent most of her childhood in New York and Los Angeles.

Her mother gave birth to Meester while serving a jail term for trafficking marijuana from Jamaica to the USA.

Her surname Meester is a Dutch word for “Master” or “Teacher”.

Meester has one tattoo, a purple-blue flower with a yellow center, on her left wrist.

In addition to English, she is also fluent in French.

She is a best friend of actress Emmy Rossum.

Leighton has a dog named Trudy.

In 2010 she won the Spotlight Award in the Hollywood Film Awards for the feature film ‘Country Song’.