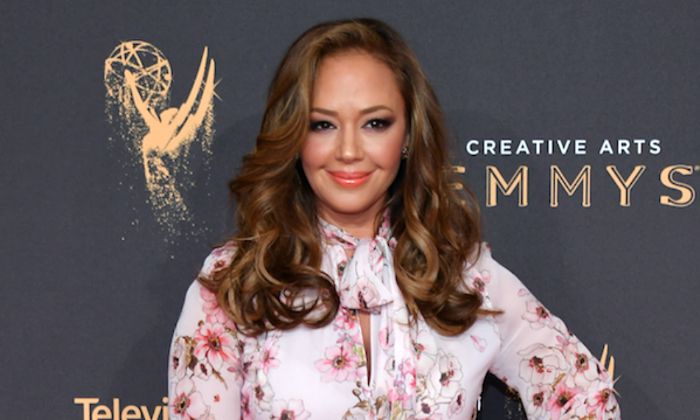 Who is Leah Remini?

Leah Remini is an American actress and writer who is mostly credited for her television roles. She has been active in the showbiz for over three decades and became known to the creative world as Carrie Heffernan, a role that she portrayed on the hit sitcom ‘The King of Queens’ for little less than a decade. It can be easily deemed as the career-defining role that led her to a handful of significant roles since then. Also a member of the Church of Scientology, Leah attracted a lot of media attention when she left the church in 2013. Leah followed it up with a memoir, “Troublemaker: Surviving Hollywood and Scientology”, where she discussed her role in the Church and the reason why she left it. In 2016, she began hosting the Emmy Award-winning documentary series “Leah Remini: Scientology and the Aftermath”, which ended its run in 2019.

Leah Remini was born on the 15rth of June 1970, in New York City, United States of America. She is currently 49 years old.

Leah Remini is the youngest daughter of George Remini, owner of an asbestos removal company and his wife Vicki Marshal, a schoolteacher. Her older sister, Nicole Remini, is also an actress. She also has a brother named Michael. In addition, she has four half-sisters: Christine, Stephanie (died in 2013), Elizabeth, and Shannon.

As far as her education is considered, Leah didn’t even complete her high school as she dropped out of school when she was 13 years old and subsequently moved to New York with her mother to become an actress.

Leah Remini married actor Angelo Pagán on July 19, 2003, after being in a relationship for over seven years. They met at a Cuban restaurant sometime in 1996. Shortly after, they became friends and took the relationship top the next level after they developed feelings for each other.

Through the marriage, Remini eventually became the step-mother of Angelo’s three children from a previous marriage. She gave birth to her first child, a daughter, Sofia, on June 16, 2004. Remini resides in Los Angeles, California with her family.

Leah landed her first acting gig in the 1997 film ‘Critics and Other Freaks’ in which she played a small role of “actress at the audition.”

Leah made her small-screen debut in 1988 when she was cast in an episode of the sitcom ‘Head of the Class’.

With a career spanning over 30 years, Emmy Award-winning actress Leah Remini has been a part of several prominent television shows, including CBS’s sitcom ‘The King of Queens’. She met with critical acclaim for her role as Carrie Heffernan and her on-screen chemistry with Kevin James garned much praise from critics.

Without a doubt, it was one of the long-running sitcoms in the American television industry that had its run for nine seasons, ending on May 14, 2007.

Besides being an actress, Leah is also a writer, producer, and host. She co-hosted the American talk show called ‘The Talk’ on CBS for 135 episodes since its debut on October 18, 2010. She was fired from the show the following year which drew a lot of criticisms form her fans. Leah accused her co-host Sharon Osbourne for her role in her departure for the show that led to a publicized Twitter exchange. Osbourne refuted to her claims stating that she “had absolutely nothing to do with her departure from the show.”

In 2016, She made headlines when she collaborated with A&E Network for a documentary series called ‘Leah Remini: Scientology and the Aftermath”. The series investigates the Church of Scientology through her experiences and other former members. It won the Primetime Emmy Award for Outstanding Informational Series or Special in 2017.

As of 2019, Leah Remini has earned an impressive amount of wealth from her successful career as an actress and writer, amounting to $20 million dollars. Her memoir “Troublemaker: Surviving Hollywood and Scientology,” released on November 3, 2015, went on to become New York Times best-selling book.

When Leah moved to Los Angeles, she did many odd jobs as a waitress, cashier and bill collector to provide herself.

She has been a member of the Church of Scientology since the age of 9 until her exit from the church in 2013. She made shocking revealing regarding the policies of the organization that forbid members from questioning the management.

Actor Tom Cruise is also a member of the Church of Scientology.

In an interview with People magazine, Remini stated that she was embracing Catholicism and found comfort in the religion’s practices, contrasting her experiences with Scientology.