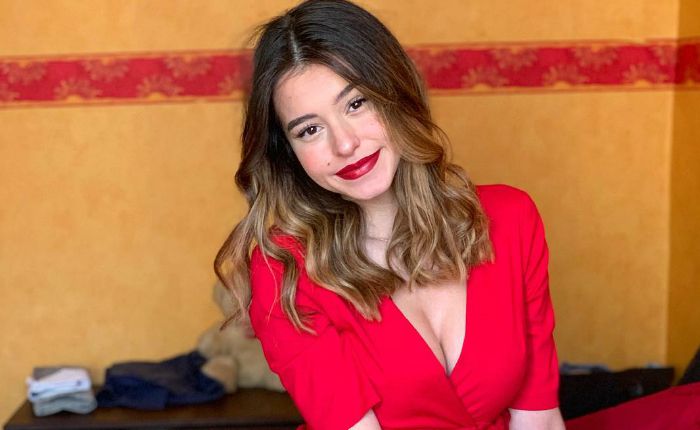 Who is Lea Elui Ginet?

Lea Elui Ginet is a French TikTok (formerly Musical.ly) star and Instagram star who gained fame through her videos on TikTok. She has accumulated over 5 million fans on TikTok and went on to amass over 8 million followers on the photo-sharing app. The budding starlet has a strong presence on different social verticals, thanks to her amazing dance moves and music sense.

Unfortunately, there is no details about her educational background available at the moment.

She belongs to Italian and French ancestry.

Taking about her family, not much is known. The only information that we know is that her mother name is Delphine.

Lea Elui Ginet is currently in a relationship with YouNow star Hunter Rowland.

Previously, she dated fellow Instagram star Lucas Ollinger from 2017 to 2018. She revealed about her relationship with him with a video titled ‘Meet My Boyfriend.’ However, she broke up with him in order to focus on her career.

Lea has an estimated net worth of $0.5 million, according to the media.

Lea has made the leap to stardom in no time by showing her dancing talents on the app. She is trained in belly dancing, pole dancing, and aerobics. She has over 5 million fans on the app.

She did a two-part belly dance contest video on TikTok where she danced to Shakira and Wyclef Jean’s “Hips Don’t Lie.” It is one of her most popular video of all time.

She created a YouTube channel in July 2017 and her first video was her intro, where she answered her fans asking about her life.