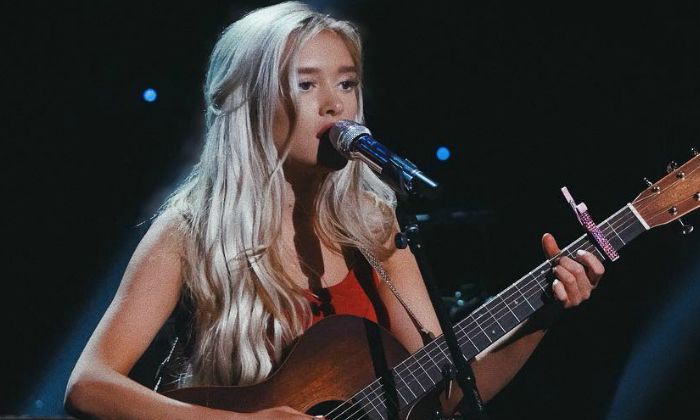 Who is Laci Kaye Booth?

Laci Kaye Booth is a country singer from Livingston, Texas who gained a lot of attention lately after her appearance on Season 17 of American Idol. She never missed wowing the judges right from the beginning of the talent hunt, who saved her from elimination in the Top 6 performance when she and red-haired Jeremiah Lloyd Harmon landed in the bottom two. The rising star has a pretty decent following on social media, where she has over 200,000 followers on Instagram and 14,000 followers on Twitter.

Laci Kaye Booth was born on the 28th of August 1995, in Livingston, Texas, United States of America. She is currently 23 years old.

No wonder why Laci’s passion lies in music. She comes from a long line of family that has musical connections. Music flows in her veins. Her father, Jody Booth, is a country music singer and songwriter, inherited music abilities from his mother, who taught him to play guitar when he was a young boy. He often tours across the country, and sometimes with his daughter Laci. Her mother name is Priscilla Cockrell and she has a younger brother, Luke

In fact, Laci was estranged from her father for much of her life, until they reconciled eight years ago when he invited her to record music with him in Arkansas. On the education front, She attended Sam Houston State University in Huntsville, Texas.

Laci has been dating her boyfriend Cannon Bullock for over a year now. He’s her biggest fan and supports her big time during the show.

Concerning her physical appearance, Laci is a tall and slender blonde lady with attractive body measurements. We presume her body specifics to be –

Laci explored her passion for singing when she was just three years old and she has been singing ever since. Laci released her first single called “Don’t Call Me” in 2017, followed by her debut EP in September of that year. It features seven songs, one cover and six originals.

Laci Kaye Booth made her first television appearance in 2019 when she passed through the audition of Season 17 of America’s biggest talent hunt show, American Idol. Artists Katy Perry, Luke Bryan, and Lionel Richie serve as judges on the show.

She began singing at the age of 3 when she discovered her love for music. By 9, she began writing her own songs and took guitar lessons.

She honed her singing skills by performing in church and around the house.

Laci’s dream came true when she took the stage on American Idol. It was her dream since she was 7 years old to participate on the show.

Her parents divorced when she was young and she grew up in a barn that her stepfather owned, subsequently after marrying her mother.

She is often compared to model Kylie Jenner due to her striking resemblance with her.