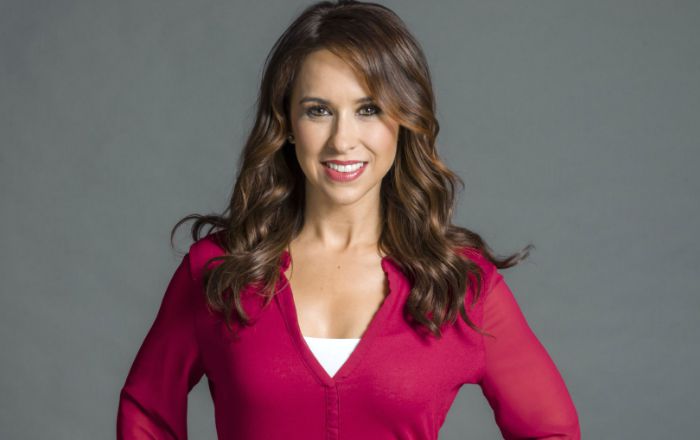 Who is Lacey Chabert?

Lacey Chabert is an American actress, singer and voice actress. She rose to fame as a child actress when she landed on the role of Claudia Salinger in the television drama Party of Five. Following that, she established herself a name in the entertainment industry as a voice actress, providing the voice of Eliza Thornberry in The Wild Thornberrys and superheroine Zatanna Zatara in DC Comics films and television series. Her film credits include Gretchen Wieners in Mean Girls, Meg Cummings in Dirty Deeds, and Dana Mathis in the horror remake Black Christmas.

Lacey Chabert was born on the 30th of September 1982, in Purvis, Mississippi, United States of America. She’s currently 37 years old.

Lacey Chabert is the daughter of Julie (née Johnson) and Tony Chabert, who worked as a maintenance operations representative for an oil company. She has two older sisters, Wendy, Chrissy and a younger brother, TJ. Her ancestry is Scottish, English, Cajun, Sicilian, and distant Italian.

Information regarding her educational background is unknown.

Chabert is married to her longtime boyfriend, David Nehdar, on December 22, 2013, in Los Angeles. Together, they have a daughter, Julia Mimi Bella Nehdar, born on September 1, 2016.

Chabert made her onscreen acting debut starring as Penny Robinson in the 1998 space thriller Lost in Space.

Before that, she has provided the voice of Little Red in a short film titled Redux Riding Hood (1997) and Jill in the feature film Babes in Toyland.

In 1991, she was cast in the role of Princess aka “Hazel” in the television film, A Little Piece of Heaven. She also provided voice-over in an episode titled “Snowy Day: Stories and Poems” in the children’s education television series, Reading Rainbow.

Lacey won her first acting role in 1992, portraying the character of Bianca Montgomery in ABC soap opera All My Children.

Lacey Chabert got a huge break as a child actress when she was cast as  Playing Claudia Salinger in the television drama Party of Five. This role earned her enormous fame and made her name known to the people in the entertainment industry.

Lacey created a niche for herself as a voice actress with her voice works in the animated series The Wild Thornberrys. She provided the voice of Eliza Thornberry in the series from 1998 to 2004. It received a five-star rating, becoming the most-watched newest cartoon in 1998.

Lacey has an estimated net worth of $4 million dollars.

She played young Cosette in the Broadway production of Les Misérables in 1992 and 1993.

As a teen, she dreamed of becoming a waitress but her destiny dragged her onto acting. However, when her sister opened a restaurant in Mississippi, she worked as a waitress for a few days.

Lacey is an avid photographer.

In 1999 she won the Young Artist Awards for Best Performance in a TV Drama series – Leading Young Actress for Party for Five.

Chabert was featured as the cover girl of the January 2007 issue of Maxim, and again in November 2013.

She was originally selected to play the role of “Young Lily” in the movie Return to the Blue Lagoon (1991), but she opted out for unknown reasons.

In 1985, she was named “World’s Baby Petite” at the World’s Our Little Miss Scholarship Competition.

Chabert has also appeared in 12 Hallmark Channel movies, saying “I love working for Hallmark, they’ve been so good to me. I have friends there now. I’m proud of their movies and the message of their movies.”