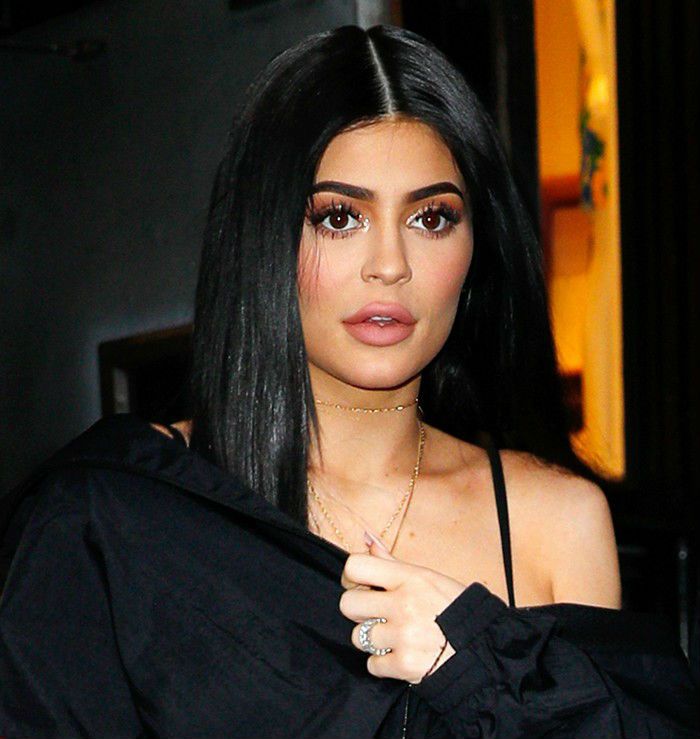 Who is Kylie Jenner?

Kylie Kristen Jenner, better known as Kylie Jenner, is an American TV star, fashion designer, model, socialite, and entrepreneur. She is the youngest child of the Kardashian-Jenner clan, a growing business star, rose to fame and popularity after appearing on the family reality series, Keeping Up With The Kardashians. However, she came out of the family shadow earning a big name in the cosmetic world.

It is remarkable for the young star to achieve this feat at such a young age, who has a great sense of business along with other talents. Kylie is one of the youngest reality stars to have an immense fan following on all social media platforms. Despite born in a wealthy family, she stood on her own whose child life and career growth is something astonishing and has reached to a new level of heights.

Kylie Jenner was born on the 10th of August 1997, in Los Angeles, California, United States of America. She is currently 23 years old.

Kylie attended Sierra Canyon School in Chatsworth, California and then enrolled at the Laurel Springs School in Ojai, California.

Jenner’s last known relationship was with rapper Travis Scott. They dated from 2017 to October 2019. They have a daughter named Stormi Webster, born on February 1, 2018.

She inks 4 Tattoos – red heart on her upper arm, second on her lower hip (Sanity), Third on her arm (her grandmother name ‘Mary Jo’), fourth inside her fingers (letter M).

She made her first appearance on television with the reality show Keeping Up with the Kardashians along with her sisters in 2007.

Kylie Jenner has appeared in several commercials (many of them are with Kendall Jenner) such as Madden Girl, retail company PacSun, Sears’ Crush Your Style, etc.

According to sources, Kylie Jenner has an estimated net worth of $700 million as of 2020. Her source of income includes modeling, television appearances, sponsor posts on Instagram, and merchandise like clothing, books, posters, and her brand new Lip Kit empire. She is one of the top paid models in the industry and the richest celebrity in entertainment.

Kylie is one of the 15 most followed celebrities on Instagram with over 190 million followers and still counting. She has a considerable following on Twitter as well as Facebook with more than 45 million followers on social networking sites together. Follow her on:

She began her television career at just nine years old, starring in the family’s popular reality television series ‘Keeping Up with the Kardashians’. She is also appearing in the spin-off series, including the Life of Kylie, which broadcast on E!

At 12, she started her modeling career with the Sears line “Crush Your Style”.

In 2011, Kylie along with her sisters were named “Style Stars of the Year” by Seventeen magazine who were then appointed as the Style Ambassadors for the magazine.

A year later, she appeared along with her sister Kendall and mother Kris in an episode of American reality television series America’s Next Top Model.

She has partnered with Nicole by OPI brand and earned a huge amount of money by endorsing two nail lacquers “Rainbow in the S-kylie” and “Wear Something Spar-kylie”.

The same year, Jenner with her sister Kendall launched a clothing line ‘The Kendall & Kylie Collection’ with PacSun.

Jenner and her sister Kendall co-authored the dystopian science fiction novel Rebels: City of Indra: The Story of Lex and Livia, which was criticized for being ghostwritten by Maya Sloan.

In May 2016, she made her musical debut rapping on producer Burberry Perry’s song “Beautiful Day”, with Lil Yachty, model Jordyn Woods, and Justine Skye. She became the face of PUMA the same year.

She never leaves home without wearing a bracelet, wristwatch, and earrings.

In June 2017, Jenner was listed on Forbes Celebrity 100 list at number 59, making her the youngest person to achieve the feat. She was only 19 at that time.

The Jenner sisters were named as “The Most Influential Teens of 2014” by Time magazine for the consecutive years of 2014 and 2015.

As of August 2019, She has amassed an immense 143 plus millions of followers on Instagram, making it to the top 10 most-followed people on the photo-sharing network.

Kylie has her own app that gives you insights about her, which has reached number 1 on Apple’s iTunes.

She has a large collection of the most exotic and expensive cars from renowned brands, including Rolls Royce, Mercedes, Ferrari, Range Rover and more.

Kylie brought her first house with five bedrooms and seven bathrooms in Calabasas, CA for $2.7 million when she was just 17 years old. In 2016, She also purchased a couple of mansions in the near the Hidden Hills area in California for $6 million and $4.5 million, respectively.

In August 2018, she was made the cover girl of Forbes with an estimated earning of $900 million.

Forbes magazine named Kylie as the world’s youngest billionaire at age 21 with an estimated net worth of $1 billion in March 2019.