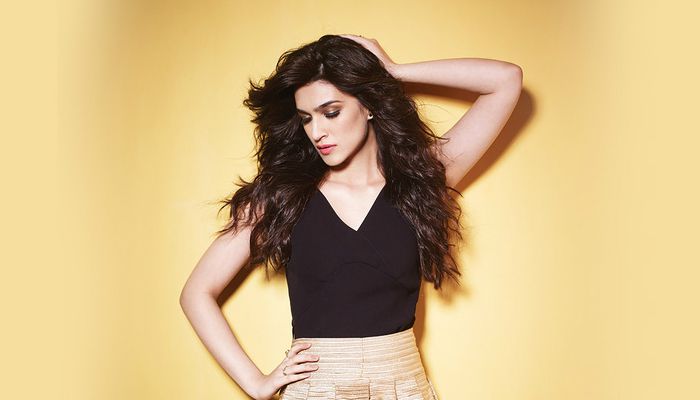 Who is Kriti Sanon?

Kriti Sanon is an Indian actress and model who shot to prominence with her debut physiological thriller film, 1: Nenokkadine. Following her successful modeling career, she ventured into the mainstream cinema in 2014 and has appeared in such movies as Heropanti, Dilwale, Bareilly Ki Barfi and Luka Chuppi. Sanon walked the runway for different fashion houses and designers and had endorsed several brands and products. Within a short span of three years, she has starred with big names in the industry like Shah Rukh Khan, Varun Dhawan. and Sushant Singh Rajput.

Kriti Sanon is the daughter of Rahul, a chartered accountant and Geeta, a professor at the University of Delhi. Her younger sister Nupur is also a model.

Sanon attended the Delhi Public School in RK Puram. She graduated with a B.Tech degree in Electronics and Communication Engineering from Jaypee Institute of Information Technology in Noida, Uttar Pradesh.

According to tabloids, Kriti Sanon has been romantically linked with actor Sushant Singh Rajput ever since they worked together in the film, Raabta.

In 2014, Sanon made her film debut in the Telugu psychological thriller, 1: Nenokkadine. Her Bollywood debut came in 2014 romantic-action flick, Heropanti for which she won the Filmfare award for a best female lead debut.

In 2014, Kriti made her first TV show appearance on the comedy talk show, Comedy Nights with Kapil.

Kriti Sanon has an estimated net worth of US$2 million. She takes somewhere between Rs 1-2 crore per film. She is a high profile celebrity endorser and makes a hefty amount of money for every product she endorses. She owns a BMW Series 3 collection and lives with her family in a posh house in Mumbai.

Sanon developed an interest in modeling when her friends suggested to take up a career in modeling.

She is an accomplished Kathak dancer.

She walked the runway at the Wills Lifestyle India Fashion Week 2010, held in Mumbai.

In April 2017, she performed in the opening ceremony of 2017 Indian Premier League.

Kriti Sanon won the Dadasaheb Phalke Excellence Awards for Memorable Performance in a Lead Role (Female) for her role in the movie Bareilly Ki Barfi in 2018.