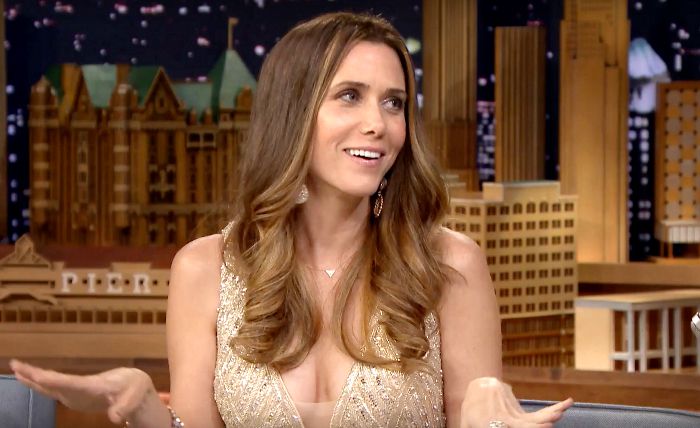 Who Is Kristen Wiig?

Kristen Wiig is an American actress, writer, comedian, and producer, who is best known for her comedy series Saturday Night Live. Known for her films such as  Bridesmaids, The Martian, and Ghostbusters, Kristen has also rendered her voice for various anime characters in animated films and also excelled as a scriptwriter. She stays away from social media as she prefers to keep her life away from the spotlight.

Kristen Wiig’s parents are Jon Wiig, who ran a lake marina in Western New York, and Laurie (nee Johnston), an artist. She has one brother whose name is Erik Wiig. Her ancestors immigrated to the US from countries like Norway and Ireland.

She is of Norwegian and Irish descent on her father’s side while she is of Scottish and English descent from her mother’s side.

Wiig attended Nitrauer Elementary School in Lancaster, Pennsylvania and then enrolled at the Manheim Township Middle School where she studied until 8th grade. After that, she attended Allendale Columbia School for ninth and tenth grades and finally, graduated from Brighton High School.

After high school, she got admission at the University of Arizona and graduated with a degree in art. She also took a three-month outdoor-living program at the community college before college.

Kristen Wiig married actor and comedian Hayes Hargrove in 2005, however, they ended their married life after being together for four years and eventually divorcing in 2009.

Wiig has been in a relationship with actor Avi Rothman since 2016. They were engaged in 2019.

Over the years, Wiig had been in relationships with many men including Brian Petsos, Fabrizio Moretti, and Scott Speedman.

In 2003, Kristen Wiig landed with a small role in the drama movie, Melvin Goes to Dinner. As a leading lady, she debuted in the 2006 Christmas movie Unaccompanied Minors.

In 2003, Kristen made her first TV show appearance in the role of Dr. Pat in the reality TV hoax show, The Joe Schmo Show.

She gained immense fame and recognition for appearing in the popular comedy sketch show, Saturday Night Live, for which she earned multiple Emmy nominations.

Kristen has a reported net worth of $20 million US dollars as of 2019. Most of her earnings come in the form of salaries from films and television series, brand endorsements, and other business activities.

After graduation, she expected to start out a job at a plastic surgery clinic drawing pictures of people’s postsurgery bodies, but decided to move to Los Angeles and act.

In April 2009, the Entertainment Weekly included Wiig in their list featuring 25 Funniest Women in Hollywood.

In 2012, the famous Time Magazine included her in their annual 100 Most Influential People in the World list.

She is famous for her works such as Saturday Night Live, Bridesmaids, The Martian, Ghostbusters, and Despicable Me.