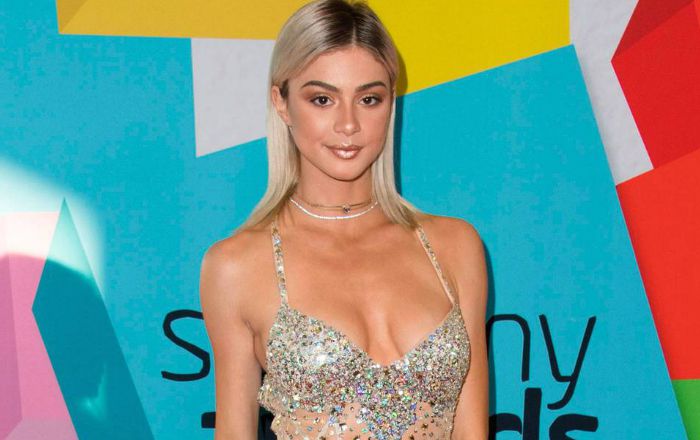 Who is Kristen Hancher?

Kristen Hancher is a Canadian TikToker, who is best known for her TikTok account (formerly Musical.ly), where she has accrued over 24 million strong followers. On the app, she posts lip-syncing videos to songs of popular artists. In addition to musical.ly, Kristen Hancher has a strong presence on different social media platforms like Instagram with more than 5.8 million followers.

Kristen Hancher was born on the 17th of May 1999, in Ontario, Canada. She is currently 21 years old.

Speaking about her family and childhood, not much is known about her parents as well as her early life. She has a younger brother called named Derek Hancher.

Kristen is a high school graduate. She hasn’t revealed much about her educational background.

Kristen was in a relationship with fellow social media star Andrew Gregory from 2016 to 2018. She announced her breakup news with her fans, “I’ve learned so much from you and you’ve learned so much about me. But now it’s time for a new chapter. I’ll love you forever and always. You’ll always have a special place in my heart.”

Kristen Hancher hasn’t appeared in any film or TV show yet.

Her meteoric rise to fame as an internet sensation with musical.ly where she has more than 20 million followers.

In May 2017, she released a video of her and Nicki Minaj lip-syncing on the song “Regret In Your Tears” together, which quickly attracted millions of views, making her a overnight sensation.

She has an estimated net worth of $700 thousand US dollars.

She was on the live broadcasting site YouNow before she joined TikTok (formerly Musical.ly).

In 2016, Kristen received a nomination for Teen Choice Awards in the Choice Muser category.

She’s known for being a Kylie Jenner doppelgänger.

Her self-titled YouTube channel has more than 868 thousand subscribers where she post videos about fashion and clothing trends.

She has two cats.

Kristen is an accomplished dancer and loves playing soccer.

She follows a strict workout and diet regime and perhaps her seductive and curvy body is a clear evident on how fit she is.

She regularly posts pictures flaunting her curvaceous body on Instagram.

Kristen launched her own web series on YouTube called Misshaps which has since garnered thousands of views.