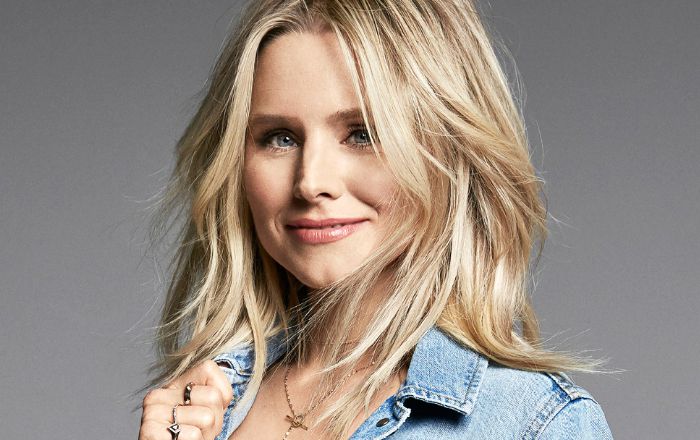 Who is Kristen Bell?

American actress Kristen Bell who shot to fame for her eponymous role as the title character in the teen noir drama television series Veronica Mars. She came into the entertainment scene in her adolescent years appearing in advertisements and television commercials. She has also appeared in several box office hits like  Forgetting Sarah Marshall (2008), Couples Retreat (2009), When in Rome (2010), You Again (2010), The Boss (2016), Bad Moms (2016) and A Bad Moms Christmas (2017).

Kristen Bell is the daughter of Lorelei (née Frygier), a registered nurse, and Tom Bell, who works as a television news director in Las Vegas, Nevada. Her parents divorced when she was two years old.

Kristen got her primary education from a public school. She then attended Shrine Catholic High School in nearby Royal Oak.

She then moved to New York City where she attended New York University’s Tisch School of the Arts, majoring in musical theater.

Kristen Bell married actor Dax Shepard on October 17, 2013. They two have been dating since 2007 when they met at a birthday party of a common friend. They got engaged in 2010 and delayed their marriage until the state of California passed legislation legalizing same-sex marriage. Together, they have two daughters, Lincoln Bell Shepard (born March 28, 2013) and Delta Bell Shepard (born December 19, 2014).

Her first starring role in a feature film was in 1998 when she played a teenage girl in the film Polish Wedding.

In 2001, she made her credited film debut in Pootie Tang.

In 2003, Bell made her television appearance in FX’s drama television series The Shield in which she played Jessica Hintel in an episode titled “The Quick Fix”.

She earned critical acclaim for her title role in the television series Veronica Mars from 2004 to 2007, which earned her a Saturn Award for Best Actress on Television. She reprised the role in the 2014 film of the same name.

Her other notable roles include Elle Bishop in the science fiction television drama series Heroes and Gossip Girl in the TV series of the same name.

Throughout her acting career, Kristen was cast in many movies and TV series, thus becoming one of the prominent actors in the industry. She’s also one of the top paid actresses in Hollywood, who has an estimated net worth of $20 million US dollars as of 2019.

In 2005, Bell won the Satellite Award for Outstanding Actress in a Miniseries or a Motion Picture Made for Television for the movie Reefer Madness: The Movie Musical.

In 2013, she won the Alliance of Women Film Journalists award in the Best Animated Female category for the animated film Frozen.

Her inspirations are Kathy Bates, Toni Collette, and Tilda Swinton.

She is a huge fan of the Detroit Red Wings hockey team.

In May 2016, Bell revealed that she has struggled with and received treatment for depression, anxiety, and ADHD. She said, “It’s important for me to be candid about this so people in a similar situation can realize that they are not worthless and that they do have something to offer.”