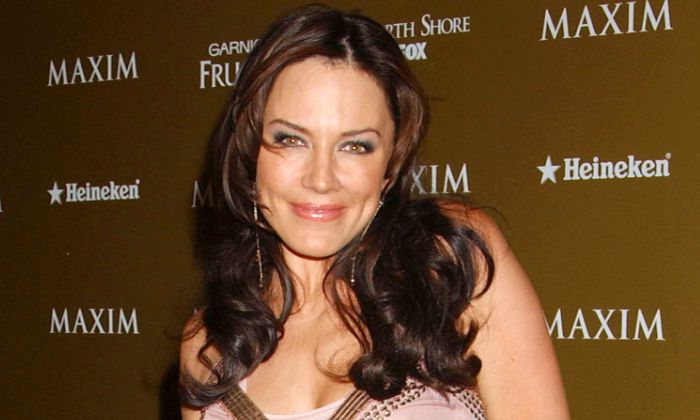 Who is Krista Allen?

Born and bred in Ventura, California, Krista Allen is best known as an actress and stand-up comedian who gained prominence with roles in such television series as Days of Our Lives, Baywatch, and Significant Mother. She has also had prominent roles in films such as Anger Management and The Final Destination.

Krista Allen was born on the 5th of April 1971, in Ventura, California, United States of America. She is currently 49 years old.

Krista Allen is the only daughter born to Dale Allen and Katherine Allen. She grew up alongside her brother Dalton Earl Allen, Jr. She is of Portuguese, English, Irish, Scottish, German, Dutch, and Welsh descent.

Krista had spent most of her early life in Texas where she attended the Austin Community College District (ACC) and later enrolled at the University of Texas from where she majored in English.

She wanted to become a teacher from her young age and would later start working as a kindergarten teacher. She later decided to change the course of her career and started afresh as a model and then transitioned to an actress.

Now, this is the topic that most of you are probably looking forward to. Well, she has always been vocal about her relationship status. Krista was first married to Justin Moritt on September 14, 1996. One year later, the couple welcomed their first child, a son named Jakob Nolan Moritt on July 12, 1997. However, the couple ended their relationship in 1999 after three years of marriage.

Following split up with her first husband, Krista Allen began a romantic relationship with actor and comedian, David Spade, which only lasted for a year, and then dated popular actor and director George Clooney from 2002 to 2004.

In 2009, she began dating Mams Taylor, a British rapper and singer, and they married on October 10, 2010. Allen filed for divorce from Mams on February 12, 2012, at Los Angeles County Superior Court. The divorce was finalised the same year.

Krista Allen has been in a relationship with actor Nathan Fillion since 2015. He is perhaps best known for his work in movies Firefly and Castle, and television series The Rookie.

With years, she gradually gained prominence in the entertainment industry and landed her first breakout role in the NBC soap opera Days of Our Lives in 1996, co-starring with Jensen Ackles and Ian Abercrombie, among many others. She reached stardom with this role of Billie Reed, which she played from 1996 to 1999.

As Krista Allen continued to appear in popular projects, including Baywatch, What About Brian, The Philanthropist, The Final Destination, Significant Mother, and Eleven Eleven, she has carved out a niche for herself in the entertainment industry. Her recent acting projects include television movies Party Mom and I Almost Married a Serial Killer.

In 2010, she became a certified yoga instructor.

Krista Allen’s life is already a success story which is clearly evident from her successful career as an actress. She has been making waves in the show business ever since her inception in the industry. According to various sources, it is estimated that Krista Allen’s net worth is around $4 million dollars, earned primarily through her professional acting career. She will continue to inspire a lot of people who want to achieve her own dreams and turn something she loves into a lucrative career.