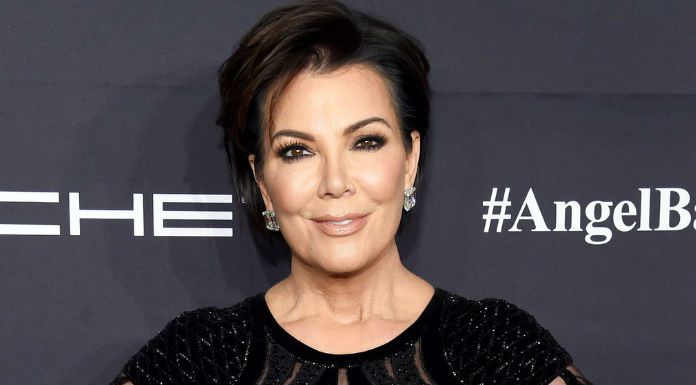 Who is Kris Jenner?

Kristen Mary Jenner, better known by her stage name Kris Jenner, is one of the most popular reality stars in the United States. Born in a wealthy family, her on-and-off the real and reel life always kept the tabloids busy. She got to fame after she appeared in her own family reality TV series, Keeping Up with the Kardashians along with her family. Not only her but also her family members are all TV personalities. Running her own production company, called Jenner Communications she manages all of the businesses of Kardashian and Jenner families. Kirs is a momager (mom plus manager) and a clever businesswoman, who is the only reason for the widespread popularity of the Kardashians today.

Kris Jenner was born on the 5th of November 1955, in San Diego, California, United States of America. She is currently 64 years old.

Kris Jenner is the elder daughter of Mary Jo Shannon (née Campbell) and Robert True Houghton, an engineer. She has a younger sister named Karen Houghton. She is of Dutch, English, Irish, German and Scottish descent.

Her parents divorced when she was seven years old and her mother later married businessman Harry Shannon. Kris attended Clairemont High School in San Diego, California, from where she graduated in 1973.

Jenner married his first husband, lawyer Robert Kardashian on July 8, 1978. He is best known for his early legal representation of O. J. Simpson. They have four children: daughters Kourtney (born 1979), Kim (born 1980), Khloé (born 1984), and son Rob (born 1987). The couple parted ways in March 1991 but remained close friends until his death from esophageal cancer in 2003.

Not long after her divorce with Kardashian, Jenner married her second husband, retired Olympian Bruce Jenner in April 1991. In 2015, Bruce came out as a transgender woman and changed his name to Caitlyn. They have two daughters together: Kendall (born 1995) and Kylie (born 1997). By marriage to Bruce, Kris also had four stepchildren: Burt, Cassandra “Casey”, Brandon and Brody. They ended their 12 years marriage life in October 2013 and eventually filed for a divorce which was granted on March 23, 2015.

Kris has been in a relationship with a guy named Corey Gamble since 2014. He is 25 years younger than her.

Kris hasn’t yet acted in films.

She made her first appearance playing herself in Real Husbands of Hollywood in 2013,
and The Mindy Project in 2015.

She is well known for appearing along with her daughters in the American reality television series,  Keeping Up with the Kardashian.

Kris has a net worth of $90 million dollars as of 2019. The infamous mother of the reality stars takes $12 million annually from television appearances, business ventures, and endorsement deals. Being one of the recognizable faces in the entertainment world, Kris among the wealthiest celebrities in the world.

Kris Jenner has an impressive collection of cars including a Rolls Royce Ghost, a Bentley Continental, a Mercedes-Benz G-Wagons, and a Range Rover.

The television personality lives in a luxury mansion in Hidden Hills, California, the U.S. which is estimated to be worth $6 million. Her daughters’ mansion is not very far from her home.

Born in a wealthy family on the 5th of November 1955 in San Diego, California, Kris enjoyed luxury lifestyle since her childhood.

She got hitched to Robert Kardashian in 1978, with whom she has four children – Robert Jr. Kim, Khloe, Kourtney.

After their divorce in 1991, she married Bruce Jenner and they together have two daughters – Kylie and Kendall. They were separated in September 2014.

She even worked as a flight attendant before getting involved in television series.

Kris Jenner hit the headlines when she had sex with her former husband Bruce Jenner (Who is now Caitlyn Jenner after gender transformation) onboard an airplane bathroom. She considers it the most disgusting and embarrassing moment in her life.

She has undergone about half a dozen plastic surgeries to date in order to keep her look beautiful and attractive.

She owns and manages several businesses, including her children’s businesses. She has launched numerous products in collaboration with her children. And apparently, she is successful in every venture she makes it.

Her husband had once gifted her a Harley Davidson on her birthday, which she crashed the same day.

Being a successful mom and businesswoman, she has managed to rake in her family’s net worth more than $300 million today.

Kris is currently aged 61, but she won’t look like that, thanks to the plastic surgeries.

As she manages all of her children’s businesses and appearances, She takes home 15% of the money they make, and with immense popularity, endorsements and businesses, Kris has an estimated net worth of $60 million.