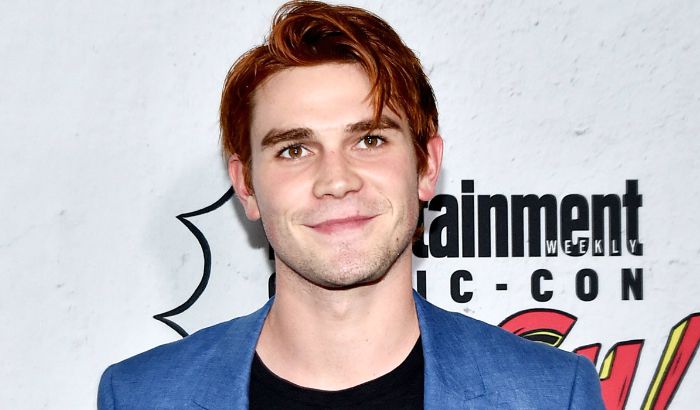 Who is KJ Apa?

New Zealand actor KJ Apa is well-known for starring as Archie Andrews in the American teen drama, Riverdale. Before shot to fame, the 20-year old actor has starred in the primetime soap opera Shortland Street and also in the comedy-drama film A Dog’s Purpose.

Apa is the son of Keneti and Tessa Apa (née Callander). His father is Samoan and a matai (chief) of his village in Samoa; his mother is a European New Zealander. He has two older sisters, Ari, and Timēna Apa.

Apa attended King’s College in Auckland and lost interest to enroll at college in order to further his acting career.

KJ Apa is kind of a person who rarely opens about his personal life and thus there is not much information available of any relation he has had in the past or in the present.

However, there are rumors that he dated actress Britt Robertson in 2019. He is currently in a relationship with model and social media star Clara Berry.

In 2017, KJ Apa landed a role as teen Ethan in his debut film comedy-drama A Dog’s Purpose.

Apa appeared as Kane Jenkins in the New Zealand prime-time soap opera Shortland Street between 2013 and 2015.

In 2012, he released his debut instrumental album The Third Room.

KJ Apa’s net worth is estimated at $3 million US dollars as of 2020. He currently resides in Los Angeles, California, United States.

With no interest in acting and modeling, it was his mother who convinced him to sign up with the modeling agency and there after, this Auckland actor hasn’t turned his back. His popularity, reputation, and net worth have only enhanced with every new project.

To get the right shade of color for the Archie character, he had to spend ten hours in the gym.

While growing up, he used to play his guitar at the street corners near his home in Auckland.

He released his solo music album at the age of 14.

He can play piano by ear.

In October 2017, KJ had a car accident after he fell asleep while driving back to the hotel after a 16-hour workday.