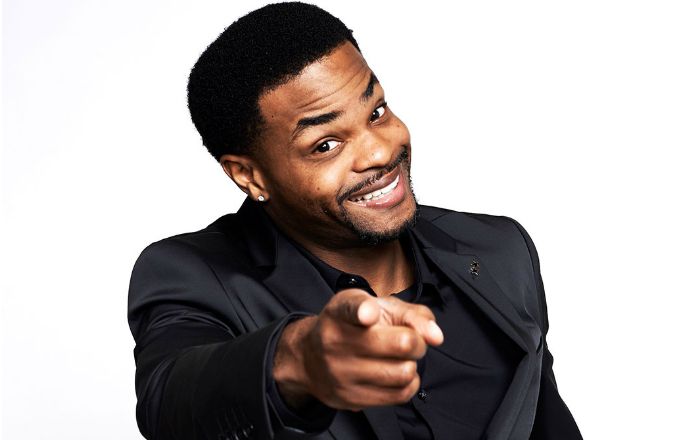 Who is King Bach?

King Bach is a famous internet star, actor and comedian who gained fame through the now-defunct video sharing service Vine, on which he had accumulated over 16 million followers. He is also known for his funny YouTube videos and has starred in several television shows and films. He plays Trayvon in the comedy television series Black Jesus and also appeared in various TV shows like Punk’d, Resident Advisors, Workaholics, and Angie Tribeca. His film credits include Fifty Shades of Black, The Babysitter, and When We First Met.

King Bach is the son of Jamaican parents, accountants Ingrid Mourice and Byron Bachelor. He has one younger sister named Christina.

He then enrolled at the Florida State University, graduating in 2010 with a Bachelor Degree of Science in Business Management.

Post that, he joined in a graduate program at the New York Film Academy, but dropped out in his last semester to focus on his career.

Andrew Bachelor dated fellow Vine star Liane Valenzuela before getting involved in a relationship with Amanda Cerny. They split in 2016.

He was also in a relationship with fellow Vine star, Lele Pons in 2016.

King Bach made his acting debut with a cameo role in the 2015 drama film, ‘We Are Your Friends’ alongside Zac Efron and Emily Ratajkowski.

In 2012, Bach appeared in 4 episodes of the television comedy series, House of Lies as Chris.

He was one of the most followed personalities on the video sharing platform, Vine, where he had over 16 million followers at the time of his shutdown.

Bach is equally popular on other social media platforms like Instagram, on which he has over 15.6 million followers. He has over 2 million subscribers on his YouTube channel, ‘BachelorsPadTV’.

King Bach has a net worth of $3 million. He lives in Los Angeles, California.

In March 2015, he was named the most followed person on Vine with more than 16.9 million followers and over 6 billion loops. He also holds the Guinness World Record for the most-followed account on Vine.

His online popularity gained him a recurring role in House of Lies.

He studied improvisational theatre at The Groundlings.

Bach has collaborated with popular celebrities such as Justin Bieber, Kendall Jenner and Kylie Jenner for his YouTube videos.

Bach was a member of the Phi Beta Sigma fraternity during his college years.

Bachelor has been named one of the “top influencers” by both Forbes and Time.

In 2017 he was nominated for the Streamy Award for Storyteller of the Year.