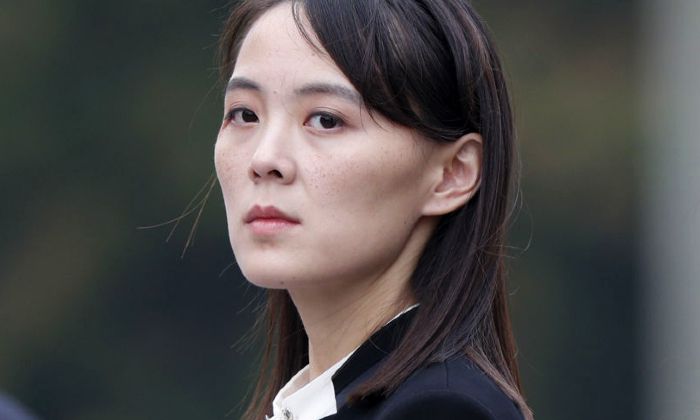 Who is Kim Yo Jong?

Kim Yo-jong is one of the most powerful North Korean politicians and the younger sister of North Korean Supreme Leader Kim Jong-un. She joined the Workers’ Party of Korea (WPK) in 2007 and is currently serving as First Deputy Director and de facto leader of the Propaganda and Agitation Department and also an alternate member of the Politburo of the Workers’ Party of Korea. She entered politics in her early twenties right after her graduation and helped to establish Kim Jong Un’s hereditary succession and also instrumental in developing her brother’s public image in and out of the country. Kim Yo Jong is her brother’s most trusted ally and seen as a potential successor after his regime.

Kim Yo Jong was born on the 26th of September 1987, in Pyongyang, North Korea. She is currently 32 years old.

Kim Yo Jong is the youngest and only daughter of Kim Jong-il, a former North Korean Supreme Leader Kim Jong-il and his consort Ko Yong-hui, a Japanese Korean dancer. She has two brothers, Kim Jong-un and Kim Jong-chul, and two older half-siblings, Kim Sol-song and Kim Jong-nam, who was killed in an assassination in February 2017. The latter two were from his father’s previous relationships.

She spent most of her childhood with her two older brothers, living at her mother’s Ch’angkwang Hill residence in central Pyongyang. After completing her primary school education, her father sent her to Switzerland to continue her education.

They were enrolled under pseudonyms for security reasons and they were known as the children of an Asian ambassador posted in Switzerland to their classmates. The brother and sister resided at their nearby uncle’s apartment and it is said that the isolation brought them closer together.

After returning to North Korea, she enrolled at the Pyongyang’s Kim Il-sung University, where she graduated with a computer science degree in 2007. There are also reports that Kim had got education from Kim Il-sung Military University.

According to various reports, Kim Yo-jong married Choe Song, son of Kim Jong-un lieutenant Choe Ryong-hae, in early 2015. Her first child was born in May 2015 and the father’s identity has not been disclosed.

Kim Yo Jong launched her political career in 2007 when she was joined the ruling Workers’ Party of Korea (WPK) as a junior cadre. She kept a low profile until 2011 and during this time she worked closely with her father and brother but without getting much publicity.

Under her brother’s regime, she began to gain notoriety. She was made the acting director of the National Defense Commission and appointed as the First Deputy Director of the Propaganda and Agitation Department in late 2014.

She then became an alternate member of the WPK’s political bureau in October 2017 and was voted to the Supreme People’s Assembly as a representative for the Killimgil district in the 2019 parliamentary election.

Kim played a major diplomatic role when she attended the 2018 Winter Olympics opening ceremony in Pyeongchang, South Korea as a special envoy of Kim Jong-un and delivered a personally written letter from Kim to Moon. It was the first time that a member of the ruling Kim dynasty had visited South Korea since the Korean War.

Kim was among the seven North Koreans sanctioned by the U.S. Treasury in early 2017 for “serious human rights abuses and censorship activities” for her leadership role in the Propaganda and Agitation Department. She is also rumored to be involved with the shadowy Office 39, tasked with raising funds for the Supreme Leader.