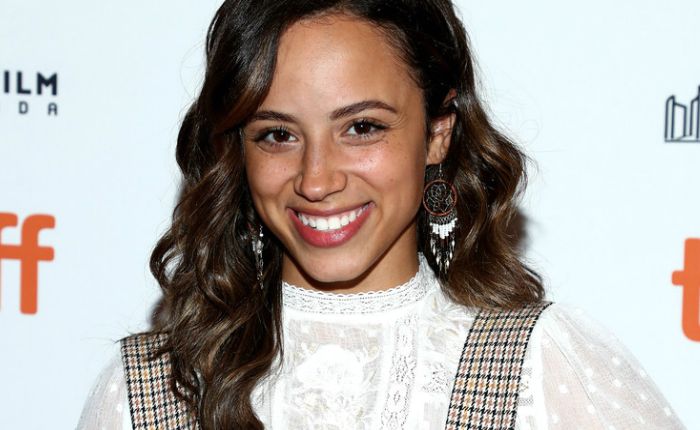 Who is Kiana Madeira?

Kiana Madeira is a Canadian actress who became well-known for her starring role as Sierra in the Disney television movie ‘Bad Hair Day’. She portrayed the character of Julia Wilson in the TV series ‘Really Me’ from 2011 to 2013. Her other acting credits include ‘Harriet The Spy’, ‘The Flash’, ‘One Christmas Eve’ and ‘My Babysitter’s a Vampire’.

Kiana Madeira was born on the 4th of November 1992, in Toronto, Ontario, Canada. She is currently 27 years old.

Not much is known about her educational qualifications and family background. Her parents’ name is unknown. She has two siblings, one older brother named Nikane and a younger sister named Kyla, who is also an actress.

Madeira is dating television actor Lovell Adams-Gray. She often posts a lot of their pictures on Instagram.

Kiana made her onscreen film debut with the drama movie ‘Giant Little Ones’ as Jess in 2018.

Kiana had her first television appearance in the series ‘Little Mosque on the Prairie’ in 2007. She starred alongside her brother.

Kiana is very active on social media which she uses to boost her career as well as stay in touch with her fans. She has over 252,000 followers on her Instagram account, @kianamadeira, her favorite social media app. Fans can also follow her on Facebook @Kiana-Madeira and her Twitter account can be found @kianamadeir.

She began acting professionally at the age of 10.

She portrayed her role as Rachel in ‘Harriet the Spy: Blog Wars’ alongside Jennifer Stone and Vanessa Morgan.

She starred as Stacey in the video game, Watch Dogs 2.

Kiana has appeared in a number of Disney original movies and TV shows.

She played Diane Grant in the book series-turned movie series, ‘Bruno and Boots’.