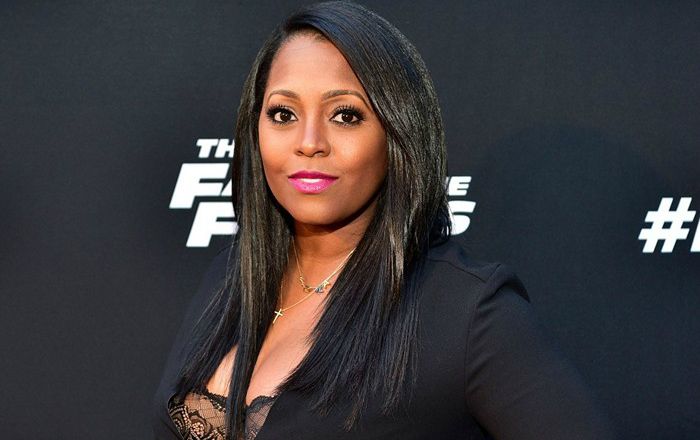 Who is Keshia Knight Pulliam?

Keshia Knight Pulliam is a famous American actress who gained popularity for playing Rudy Huxtable, the youngest child of Cliff and Clair Huxtable at just the age of 5 to 13, on the NBC sitcom The Cosby Show from 1984 to 1992. She is also known for her portrayal of Miranda Lucas-Payne on the TBS comedy-drama Tyler Perry’s House of Payne.

Keshia Knight Pulliam was born on the 9th of April 1979, in Newark, New Jersey, United States of America. She is currently 41 years old.

Keshia Knight Pulliam graduated with a bachelor of arts degree in sociology from Spelman College in 2001.

Keshia Knight Pulliam was married to retired National Football League player Edgerton Hartwell on January 1, 2016, in her home. Together, they have a daughter, Ella Grace Hartwell, born in January 2017. The couple filed for divorce on July 25, 2016, which was finalized in April 2018.

Keshia Knight Pulliam made her acting debut in the 1985 film, The Last Dragon for her role as Sophia / Natasha Green.

Pulliam was cast  in the NBC sitcom, The Cosby Show from 1984 to 1992. She played Rudy Huxtable, the youngest child of Cliff and Clair Huxtable at just the age of 5 to 13. In 1986, she earned a Emmy Award nomination for Outstanding Supporting Actress in A Comedy Series, making her the youngest actress to be nominated at the age of six.

Keshia appeared in a national print advertisement for Johnson & Johnson baby products at nine months old. She has appeared in a number of TV commercials and print ads.

She won the first of two NAACP Image Awards in 2009 for her work on the cable series Tyler Perry’s House of Payne.

She launched her own production company, PullPenn in 2008.

In 2010, Knight Pulliam appeared in Tank’s music video for his cover of “I Can’t Make You Love Me”, playing his love interest.

Pulliam is a member of the Eta Kappa Chapter of Delta Sigma Theta Sorority Incorporated.

In 2018, Knight Pulliam appeared as a houseguest on the CBS show Celebrity Big Brother.