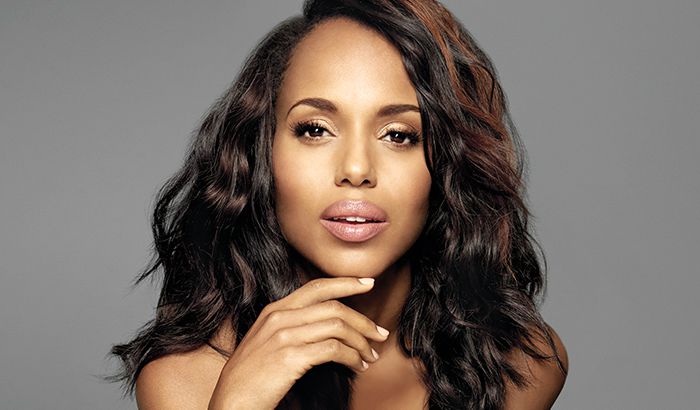 Who is Kerry Washington?

Kerry Washington is an American actress who came into limelight after starring as Olivia Pope in the ABC drama Scandal. The role earned her several nominations including two Primetime Emmy, SAG and Golden Globe. She is also widely recognized for her roles as Della Bea Robinson, in the film Ray (2004), as Kay in The Last King of Scotland (2006), and as Alicia Masters in the live-action Fantastic Four films of 2005 and 2007.

She is currently 42 years old.

Kerry studied at the Spence School in Manhattan in 1994.  She, then, double majored in anthropology and sociology from The George Washington University in Washington, D.C. in 1998 with a Phi Beta Kappa (an honor).

Kerry Washington married American football player, Nnamdi Asomugha on June 24, 2013. They have a daughter and a son.

She was romantically linked with actor David Moscow, Common, Lawrence O’Donnell, and Efraim Grimberg in the past.

She made her first appearance with the 2000 drama film Our Song in which she played Lanisha Brown.

In 1994, Kerry guest appeared in the anthology series ABC Afterschool Special for her role as Heather in an episode titled “Magical Make-Over”.

Washington owns a luxury car worth $70,000 from the makers of Porsche.

In 2016, she portrayed Anita Hill in the HBO television film Confirmation and was nominated for a Primetime Emmy Award for Outstanding Lead Actress in a Limited Series or a Movie.

Some of her film work has included roles in such productions as, “Save the Last Dance”, “Bad Company”, “Against the Ropes”, “Mr. & Mrs. Smith”, “The Last King of Scotland”, and “For Colored Girls”.

On television, she has performed guest starring, recurring, or supporting roles on such shows as, “Law and Order”, “NYPD Blue”, “The Guardian”, “Boston Legal”, and “Psych”.

She learned traditional Indian theater and yoga from India after finishing her college.

She is obsessed with pineapple.

In 2007, Washington and other celebrities joined for the 2007 Lee National Denim Day, supporting the Women’s Cancer Programs of the Entertainment Industry Foundation.