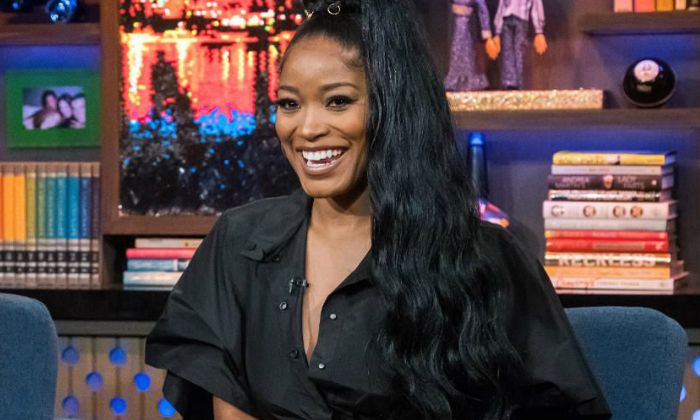 Who is Keke Palmer?

Keke Palmer is a famous actress and singer from Illinois who is probably known for her breakthrough role as Akeelah Anderson in the 2006 film, “Akeelah and the Bee”. As an actress, Keke has several films and television credits to her name, establishing herself a prominent actress in the industry. She earned $20,000 per episode for playing the lead role in the TV series “True Jackson, VP”, making her the fourth highest-paid child star on television. Apart from these roles, she also landed significant roles in Scream Queens, Berlin Station, Scream, The Longshots, Shrink, and Animal. Also a talented singer, Keke has released two studio albums, two EPs, and three mixtapes.

Keke Palmer was born on the 26th of August 1993, in Harvey, Illinois, United States of America. She is currently 26 years old.

Keke Palmer is the daughter of Sharon and Larry Palmer. Her parents were both professional actors before settling into full-time jobs. Her father works for a polyurethane company, and her mother is a high school teacher who works with autistic children. She has three siblings, a brother Lawrence Palmer and two sisters, Lawrencia and L’Oreal Palmer.

On the educational front, Keke attended Rickover Jr. High School and St. Benedict School before enrolling to homeschooling program as she became busy with shoots lately.

Keke Palmer has had been in relationships with little less than a dozen men over the course of her romantic journey. Her first known relationship was with actor Corbin Bleu in 2007. They both acted together in a film called Jump In! in 2007 and dated for a while before they called it quits.

In 2009, she was seen going out with American rapper Lil Twist and they apparently been in a relationship for over a year until 2010. Keke then dated Rodney King from 2010 to 2013. She met him for the first time on the set of “True Jackson, VP” in 2008 and not long after, she developed a crush on him.

After breaking up with her ex-boyfriend Rodney, she began dating actor Quincy Brown in October 2013. The two dated for four years, ending their relationship in 2017.

Keke’s first acting role came in 2004 when she was cast for a small role as Gina’s niece in the comedy-drama film, “Barbershop 2: Back in Business”. Her aunt role was played by Queen Latifah.

The versatile actress and singer Keke Palmer made her debut on television with a role in the American police procedural television series, “Cold Case” in 2004. She played the role of Arlene Marion in an episode titled “The Letter”.

Keke has released two studio albums so far. Her first studio album entitled “So Uncool” was released on September 18, 2007, by Atlantic Records. The album peaked at #85 on the US R&B/HH and #26 on the US Heat charts. It spawned 12 tracks including hit singles “Footwurkin'” and “Keep It Movin'”.

Palmer was cast in a television film “The Wool Cap” in 2004. It was her first major break as an actress, for which she received a nomination for the Screen Actors Guild’s best leading actress honor.

Keke Palmer landed her first breakthrough role in the Nickelodeon sitcom True Jackson, VP in 2008. She was cast as True Jackson, a 15-year-old girl who becomes vice president of a billion-dollar fashion company, a role which she played from 2008 to 2011. She won several awards for her work including four NAACP Image Awards and one BET Awards.

In recent years, Palmer has appeared in a host of successful projects, including Scream Queens, Star, Berlin Station, Scream, Akeelah and the Bee, The Longshots, and CrazySexyCool: The TLC Story.

As of 2019, Keke Palmer’s net worth stands at $7.5 million. Having said that, most of her earnings come from movie and television appearances and album sales.

She developed a liking for music at a very young age and started singing at her church in her hometown of Robbins, Illinois.

Keke was first recognized for her performance at a stage show at a Chicago tourist destination.

She moved to California with her family to pursue her acting interests.

In 2014, she played Ella in the Broadway musical Cinderella. With that, she became the first African-American to play the title role.

Just like her shinning acting career, Keke Palmer is so generous when it comes to charities. She donates a substantial part for her income for various charity works.