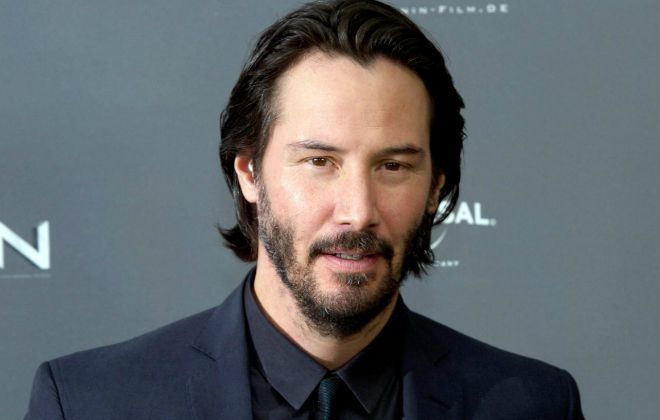 Keanu Reeves is a tall, handsome and dashing actor and filmmaker from Canada who is probably known for his roles in movies like Speed, Matrix and John Wick franchises. As of 2019, Keanu Reeves has an estimated net worth of $360 million.

Born in Beirut, Lebanon, Keanu Reeves spent most of his early years traveling across the world due to his mother’s remarriages before settling in Toronto, Ontario. He suffered from dyslexia and anger problems throughout his preteens and as a result, he was expelled from schools he attended. Though poor in academics, he excelled in sports and played ice hockey, earning the nickname “The Wall”.

Reeves explored his passion for performing arts at the age of nine when he appeared in a theatre production of Damn Yankees. Ever since he has appeared in a number of stage productions and commercials.

At age 17, he relocated to Los Angeles to live with his stepfather, who was a stage and television director. His first onscreen appearance came with the 1986 sports drama film, Youngblood, in which he played a Québécois goalie.

After a slew of few minor roles, Keanu Reeves earned his first major breakout role with the 1989 comedy, Bill & Ted’s Excellent Adventure and also starred in its sequel Bill & Ted’s Bogus Journey in 1991.

Not long after, his acting career saw a meteoric rise with roles in Speed franchise and The Matrix trilogy series. He was catapulted to fame and recognition, establishing himself an A-list actor in Hollywood.

In a career spanning more than 35 years, Keanu Reeves has appeared in a host of blockbuster movies including John Wick franchise, The Devil’s Advocate, Dracula, and many others.