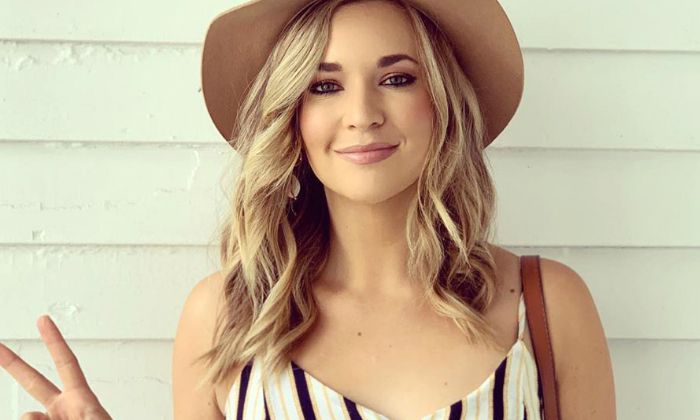 Who is Katie Pavlich?

Katie Pavlich is an American journalist, conservative commentator and an award-winning author probably best known for work as an editor at Townhall.com and The Hill. She joined FOX in 2013 and co-hosted the panel talk show, The Five before becoming one of the panelists on the Outnumbered. In addition, Katie is also a contributor, providing political analysis and commentary across Fox network’s daytime and primetime programming. She has written two books, namely “Fast and Furious: Barack Obama’s Bloodiest Scandal and It’s Shameless Cover-Up,” criticizing the Obama administration, which was published in the year 2012. Two years later, she published another book titled “Assault & Flattery: The Truth About the Left and Their War on Women.” As a journalist, not only has she gained mass fame in the conservative media industry but she also serves as a role model for millennials, inspiring them to follow in her footsteps.

Katie Pavlich was born on the 10th of July 1988, in Flagstaff, Arizona, United States of America. She is currently 32 years old.

While there’s not a lot to share about Katie’s family details, she is the oldest of two children to her parents. Her father was a teacher, and her younger brother is an engineer. She is of Croatian, Australian, Irish, and German descent.

Katie’s grandfather, John Pavlich, was a Second World War veteran and married his wife (Katie’s grandmother) during the war. Right from her childhood, she was heavily influenced by her family that eventually led her to have conservative and pro-America faiths.

Having grown up in the hill areas of northern Arizona, she’s been largely involved in outdoor activities such as hunting and rafting from her young age.

Katie attended Sinagua High School in Flagstaff, Arizona. She then attended and graduated with a bachelor’s of arts degree from the University of Arizona in 2010, where she majored in broadcast journalism.

In 2017 she completed a fellowship with the Foreign Policy Initiative. She is a national security fellow for the Foundation for Defense of Democracies and was also a former National Review Washington Fellow.

Katie Pavlich married her longtime boyfriend Gavy Friedson in 2017 after dating him for several years. Her husband is an Israeli first responder. With no doubt, the gorgeous Arizona heartthrob has a perfect and attractive hourglass body that she’s never afraid to show off in provocative outfits.

She had previously dated conservative blogger and activist Brandon Darby.

Shortly after graduating from college, Katie Pavlich moved to Washington, D.C. to pursue her dream career. She joined the Townhall.com as a news editor and also served as a contributing editor to Townhall Magazine.

Katie has also been a columnist for The Hill before joining the Fox network as a contributor in the summer of 2013. Not long after, she was promoted to one of the co-hosts on the panel talk show “The Five”.

As a journalist, Katie is well known for her outspoken and no fear attitude that often puts her in the spotlight. As a contributor for the Fox network, she has covered a wide range of topics ranging from presidential and congressional elections to the White House, Department of Justice, Second Amendment, border issues, the ISIS genocide of Christians in the Middle East and more.

She currently co-hosts the daytime show Outnumbered on Fox, where she is a part of an ensemble featuring four female panelists and one rotating male that tackles top headlines from all angles and perspectives. She has also appeared as a guest on various other news channels, including CNN, CNBC, MSNBC, and Fox Business.

Katie has already made a mark in the conservative media industry. Her views on various political issues and her conservative views have not only gained massive fame but also won millions of hearts in her home country. Katie Pavlich’s net worth, as of 2019, is estimated to be $2 million.

She published “Assault & Flattery: The Truth About the Left and Their War on Women” in 2014.

In 2012 Red Alert Politics named Katie as one of the top 30-under-30 young professionals in the conservative movement.

Katie received the CPAC Blogger of the Year Award from the American Conservative Union and was named Woman of the Year by the Clare Boothe Luce Policy Institute, the following year.

She a dog named Gaston.

Since 2018, Katie co-hosts the podcast “Everything’s Going to Be All Right” with former White House Press Secretary Sean Spicer in 2018.

She is a huge fan of Taylor Swift.