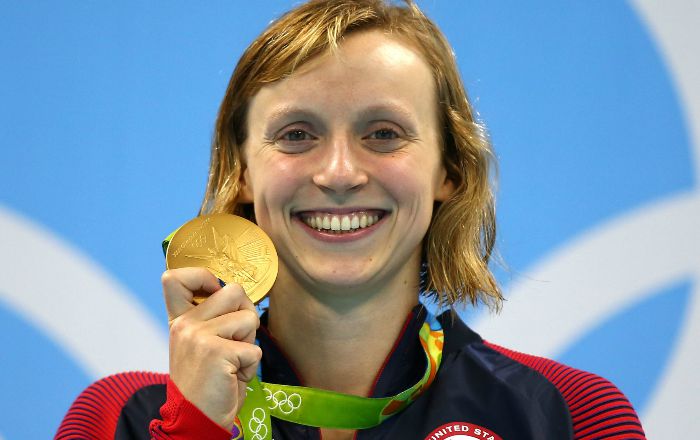 Who is Katie Ledecky?

Katie Ledecky is a young talented and most decorated freestyle swimmer of America who has several credits to her name, including a five-time Olympic gold medalist and a 14-time world champion. She holds several records in freestyle events and has received various awards during her career like the Swimming World’s World Swimmer of the Year, Associated Press Female Athlete of the Year Award in 2017, and the United States Olympic Committee Female Athlete of the Year.

Katie Ledecky was born on the 17th of March 1997, in Washington, D.C., United States of America. She’s currently 23 years old.

Katie attended Little Flower School and graduated from Stone Ridge School of the Sacred Heart in 2015. She then enrolled with an athletic scholarship at Stanford University.

Katie has kept her personal life discreet from her professional life and thus we are uncertain about her love life and past relationships.

Katie Ledecky was the youngest American when she made her international debut at the 2012 Summer Olympics in London, in which she won the Gold third in the 800-meter freestyle event. She received the 2012 Best Female Performance of the Year and Breakout Performer of the Year at the Golden Goggle Awards.

Katie made her debut appearance on television on Fox News Sunday in 2014.

Katie has appeared in a TV advertisement for Pool Safely.

Katie Ledecky’s net worth, as of 2020, is $4 million and all of the money coming from her swimming career.

Katie has been swimming since she was six years old.

She represents Team USA in international championships and holds 14 individual titles at the Olympics (four) and World Aquatics Championships (10).

Katie has broken thirteen world records in a career spanning over five years in the international arena.

Ledecky is involved with multiple charities, including Catholic Charities, Shepherd’s Table, Bikes for the World, and Wounded Warriors.

Katie was honored with the Women’s Sports Foundation Athlete of the Year (Individual Sport) in 2017.

Besides breaking her own records, Ledecky has broken several records set by other international swimmers in international tournaments.