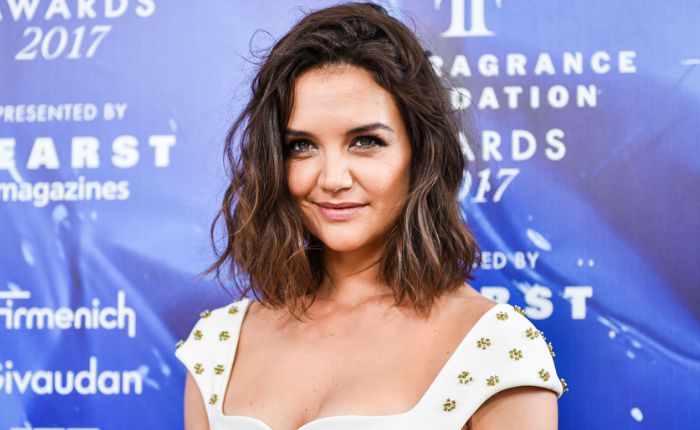 Who is Katie Holmes?

Katie Holmes is an American actress and filmmaker who gained fame for her role as Joey Potter on the television series Dawson’s Creek. She continued to gain fame as an actor with her roles in The Ice Storm, Abandon, Batman Begins, Miss Meadows and Logan Lucky. In 2011, she portrayed the character, Jacqueline Kennedy, in the TV miniseries The Kennedys, and she reprised her role again in The Kennedys: After Camelot.

Katie Holmes was born on the 18th of December 1978, in Toledo, Ohio, United States of America. She is currently 41 years old.

Katie was born to Kathleen, a homemaker and philanthropist, and Martin Joseph Holmes, Sr., an attorney. She is the youngest of five children. She has three sisters and one brother – Tamera, Holly Ann, Martin Joseph, Jr., and Nancy Kay.

Katie Holmes attended and graduated from Notre Dame Academy, an all-girls Roman Catholic school in Toledo, Ohio. She was good in academics right from her lower classes and she was an A-grade student. She scored 1310 marks out of 1600 in SAT (Scholastic Assessment Test) that led her into Columbia University, but she deferred attending classes twice due to her interest in acting.

However, she attended a six-month photography class in the summer of 2000. She quit her studies after she was offered a role in the TV series Dawson’s Creek. As a teen, she went to a modeling school in Toledo and competed in the International Modeling and Talent Association (IMTA) in 1996.

Katie Holmes was married to actor Tom Cruise from 2006 to 2012. The two started dating in April 2005, with their engagement held in June 2005. They married on November 18, 2006, in a Scientologist ceremony at the 15th-century Odescalchi Castle in Bracciano, Italy. They have a daughter named Suri, who was born on April 18, 2006.

The couple ended their married life in 2012, following a formal divorce was filed on June 29, 2012. Both parties arrived at a divorce settlement on July 9, 2012, for a sum of $ 9.8 million including child support, with Holmes holding the custody of Suri. They were last photographed together in Iceland on June 16, 2012.

Holmes was in a relationship with her Dawson’s Creek co-star Joshua Jackson from 1998 to 1999. Following their split, she began dating actor Chris Klein in 2000 and they got engaged in late 2003. But the couple called off their relationship in early 2005.

Post-divorce with her ex-husband Tom Cruise, she had a fling with Swedish actor, Alexander Skarsgård in 2014. She began dating actor Jamie Foxx in 2014. As per reports, the two ended their relationship in 2019.

Katie Holmes’s first television role was as Joey Potter in the teen drama TV series Dawson’s Creek from 1998 to 2003. She played the lead role in a total of 128 episodes and received a number of award nominations in different categories.

Her performance in The WB’s teen drama series Dawson’s Creek was highly lauded by critics and fans. This role can be considered one of her best works throughout her acting career. The success of the series led her starring in many films and TV shows.

Talking about her film roles, she is one of the finest actors in Hollywood who has a massive fan following. She has been a part of a hit and commercially successful movies such as Disturbing Behavior, Teaching Mrs. Tingle, Batman Begins, and Jack and Jill.

Katie Holmes has an estimated net worth of $25 million. She lives in New York City, New York, United States.

She is friends with Victoria Beckham.

Holmes gave audition for the role of Carla Albanese in Nine (2009), which finally went to Penélope Cruz.

In 2011, she received the Women in Film Max Mara Face of the Future Award.

She started studying Scientology after a few weeks into a relationship with Tom Cruise. She left Scientology and returned to the Roman Catholic Church after her divorce with Cruise. She now attends St. Francis Xavier Church.

In April 2011, she filed a $50 million libel lawsuit against Star Magazine for a cover story that stated she took drugs. They both settled outside the court with Star donated an undisclosed amount to Holmes’s charity, Dizzy Feet Foundation and wrote a public apology in the May 6, 2011 issue.

In 2018, she gave voice for the character Anna Mary Jones/Dee Dee in the sketch comedy TV series Robot Chicken.