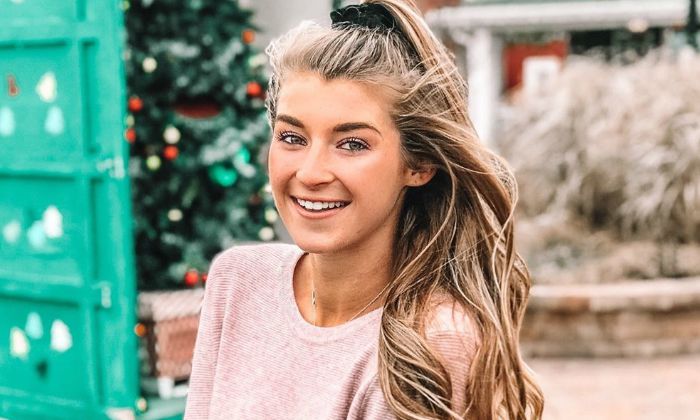 Who is Katie Betzing?

Katie Betzing is an American Youtuber and beauty guru who is probably known for her self-titled YouTube channel, which has over 1.2 million subscribers. She uploads videos covering a variety of topics including fashion, beauty & makeup tips, DIY tutorials, lifestyle and daily routines. In fact, to put together in the correct sense, there is no topic that she touches, and her ultimate motto is to entertain her fans apart from helping them in different ways. The stunning fitness diva has also garnered a huge fan base on Instagram with over 300k followers where she also trades her online merchandise.

Katie Betzing was born on the 10th September 1997, in Romeo, Michigan, United States of America. She is currently 22 years old.

Katie is the youngest of two children to American parents Karen Betzing, a soccer coach and Doug Betzing, a history teacher. Her older sister Elizabeth “Biz” Reagan Betzing is a model. In addition, she has two step siblings, Jasmine and Andrew. Her cousin, Landen, and her older sister have featured in her videos.

Talking about her education, Katie attended Romeo High School in Romeo, Michigan where she served as a class president thrice. She graduated with a GPA of 3.3.

She then attended a community college in Michigan before enrolling at the University of Michigan in Ann Arbor, Michigan to study advertising. Furthermore, Katie has also completed some online courses.

Katie Betzing has been in a relationship with a guy named Josh Brueckner since 2018. He is a boxing trainer and the two caught up in love with each other after she started going to his studio to learn boxing.

Her parents nicknamed her “Little Man Tate” after she cut her own hair and the fur from her cats and dogs with scissors at the age of two when her aunt took her to Disneyland where she fell asleep.

He father was a huge fan of the 25th President of the United States, William McKinley. So he named her middle name as “McKinley”.

Likewise her sister’s middle name “Reagan” was named after Ronald Reagan, the 40th President of the United States.

Katie’s fans are referred to as “Babezings.”

She used to be active in sports during her time in school and played volleyball and soccer for the school team. She won a volleyball state championship tournament while playing for her high school.

Nowadays, Katie is spending a lot of time in adventure sports such as snowboarding and water skiing.

She calls her jeep “Smoky Malone.”

She began vlogging while in college. She cites YouTubers Zoella, Bethany Mota, and JacksGap as her biggest inspirations.

In April 2019, she attended the Coachella festival held in Indio, California.

She mostly avoids seafood and onions.