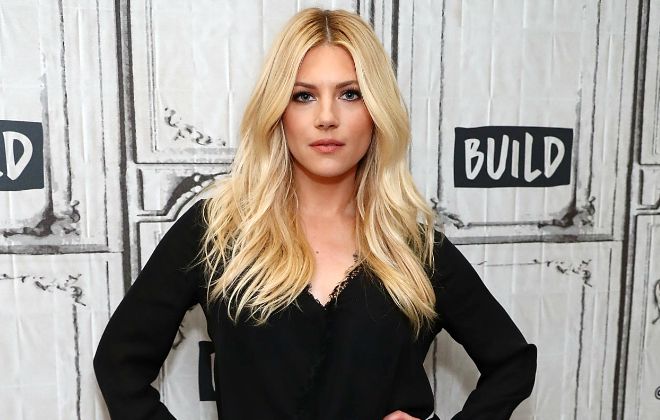 Who is Katheryn Winnick?

Katheryn Winnick is a renowned Canadian actress and martial arts artist best known for her work in the television series “Bones” and “Vikings”, She is also best recognized for her performance in movies such as “A Glimpse Inside the Mind of Charles Swan III”, “The Art of the Steal”, “Amusement” and “The Dark Tower”.

Katheryn Winnick was born on the 17th of December 1977, in Toronto, Ontario, Canada. She is currently 42 years old.

After graduating from York University in Toronto with a major in kinesiology, she studied acting at the William Esper Studio in New York City.

She was in a relationship with filmmaker and businessman Nick Loeb in the past.

Katheryn had her first acting gig in the 2001 American horror movie, “Biohazardous”, in which she played the role of Jennifer.

Katheryn made her screen debut in 1999 in an episode of the Canadian science-fiction drama series, “PSI Factor: Chronicles of the Paranormal”, for her role as Suzie.

The same year, she got her breakthrough with the recurring role of Holly Benson in the 1999 American-Canadian sitcom, “Student Bodies”.

Her performance as Lagertha in the historical drama TV series, “Vikings” is highly praised by the television audience and critics.

Katheryn Winnick has a net worth of $1 million dollars.

She did not begin speaking English until she was eight years old.

At age 7, she began training in Martial Arts and earned her first black belt at the age of 13.

At the age of 14, Katheryn was kicked out of the summer camp because of her reckless behavior.

She is multi-lingual and speaks five languages – English, Ukrainian, French, Russian, and Italian.

In 2015, Winnick was named as the brand ambassador for luxury Swiss watch company Raymond Weil and is the face of their 2016 elegant and feminine Shine Collection.