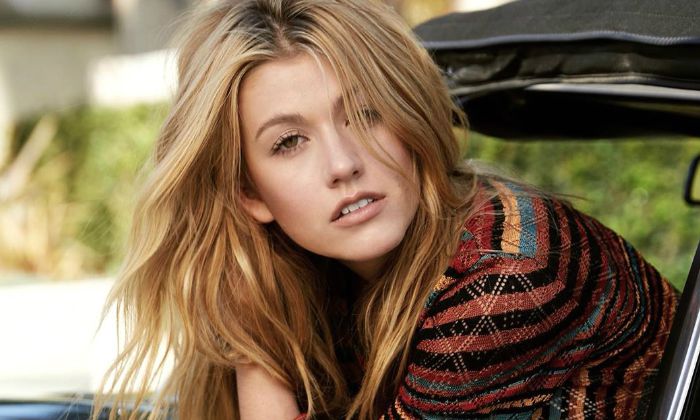 Who is Katherine McNamara?

Katherine McNamara, an actress, singer, and dancer, that hails from Kansas City, Missouri, probably known best for her starring roles in the MTV comedy series Happyland, and for playing the lead role in the Freeform fantasy series Shadowhunters. At just 23 years old, McNamara is already very popular in the creative industry who has several acting credits to her name. In 2018, she joined the cast of Arrow as a recurring cast, playing the role of Mia Smoak, and was promoted to the main cast in its eight-season. She’s credited with acting roles in films such as A Sort of Homecoming, Maze Runner: The Scorch Trials, Natural Selection, and Maze Runner: The Death Cure.

Katherine McNamara was born on the 22nd of November 1995, in Kansas City, Missouri, United States of America. She is currently 24 years old.

Katherine is the only child to her parents, Evan and Ursula McNamara. Her father was a U.S. military veteran.

She later enrolled at John Hopkins University as part of their Advanced Academics Graduate Degree program where she took Literature as her major.

As far as her romantic life is concerned, Katherine McNamara might be single as she has not been romantically linked up with anyone in recent years.

She had previously dated actor Joel Courtney from 2011 until their breakup in 2015.

Katherine started off with a minor role in the film, Matchmaker Mary, playing the character of Mary Carver.

McNamara won her first acting credits as Jodanan on an episode of the horror-fantasy series R.L. Stine’s The Haunting Hour.

Katherine McNamara has worn a lot of hats throughout her acting career. Her first major breakthrough came in 2016 when she played the lead role of Clary Fray in the supernatural drama series Shadowhunters. For her performance in the series, she won the People’s Choice Awards in the category “Female TV Star” in 2018 and the Teen Choice Awards in the category “Choice TV: Sci-Fi/Fantasy Actress” in 2019.

Since 2018, McNamara is playing the role of Mia Smoak, the daughter of Oliver Queen and Felicity Smoak, in the superhero TV series, Arrow.

From 2014 to 2016, she voiced the character of Priscilla Pynch in the animated TV series, Transformers: Rescue Bots.

At just 23 years old, Katherine McNamara has already accrued an impressive net worth for herself than many people her age. She has a net worth of $3 million dollars as of 2019. It’s no doubt that McNamara will continue to have an amazing career, thanks to her stunning looks and commanding onscreen persona.

McNamara became obsessed with acting from an early age. This passion stuck with her and eventually landed her first acting gig at the age of 13 as Fredrika in the Broadway production of A Little Night Music.

She is an accomplished dancer, having trained in different dance forms such as ballet, jazz, tap, lyrical, hula, hip-hop, and waltz.

She has also acted in stage productions of The Crucible and To Kill a Mockingbird.

Katherine is a member of the Actors Equity Young Performers Committee.

She is good friends with actors Tom Sawyer and Joel Courtney.

She knows how to play the piano and guitar.

Katherine has several songs featured in films/television, including her original song “Chatter” on the “Contest” soundtrack, “Wait for You” in “A Sort of Homecoming” and “Ember” in the Shadowhunters series.

She is an ambassador for the United Nation’s girl-empowerment organization, Girl Up.

She is a reader for the Blank Theater’s New Play Development Reading Committee.