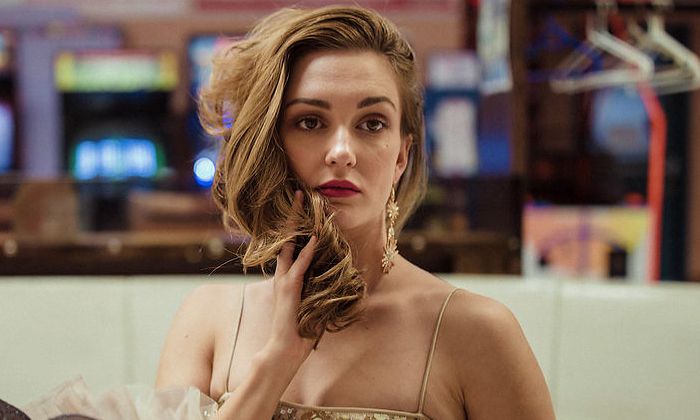 Who is Katherine Barrell?

Katherine Barrell is a Canadian actress of Italian, French, and Slovenian descent. She may be best known for her part in television series such as Wynonna Earp and Workin’ Moms. She has also made guest appearances in Murdoch Mysteries, Saving Hope, Star Trek: Discovery, and Private Eyes. in 2020, she began playing Rejoyla “Joy” Harper in the comedy-drama series Good Witch. Barrell’s film credits include The Scarehouse, My Ex-Ex, and Definition of Fear.

Talking about her early life, there’s no information in regards to her parents, siblings, and childhood. It appears that she respects the privacy of her family and thus she hasn’t divulged too many details about her family.

Katherine spent her entire life in Toronto, Ontario with her family where she grew up. She had always wanted to be an actor since she was a small child. She attended and graduated from Assumption Catholic Secondary School in Burlington, Ontario. There she was quite popular as she was involved in several school productions and in addition, she directed her high school’s production of The Wizard of Oz.

She spent two years with the Burlington Student Theatre before enrolling at Sheridan College to study musical theatre. Shortly after, she was transferred to George Brown College, where she studied film-making, and then, in 2010, she graduated acting in the School of Media & Performing Arts. Furthermore, she also attended the famous The Groundlings School of Comedy in Los Angeles.

Katherine Barrell has been in a relationship with actor Ray Galletti whom she married on December 29, 2017.

Though she began her acting career in 2011, it was in 2016 that Katherine came into the limelight when she landed her first major role, as Nicole Haught in the horror TV series Wynonna Earp. The character was originally a recurring part until the end of season two but upon the overwhelming reception from the audience, it was made a series regular starting season three. She co-stars with an ensemble cast, including Melanie Scrofano, Shamier Anderson, Tim Rozon and Dominique Provost-Chalkley.

Katherine secured her next major role the following year when she was chosen the part of Alicia Rutherford in the TV series Workin’ Moms. As she got older, she continued to move forward with her career, playing guest spots in several TV series and films. Most recently, she starred in the TV series Good Witch, playing the role of Rejoyla “Joy” Harper with Catherine Bell, Bailee Madison, and James Denton.

Through her work in the television industry, Katherine Barrell has become extremely popular and established herself as an actress in the industry. Her net worth is currently estimated to be around 2 million as of 2020. That’s not at all a surprise when you look at her career and all she has accomplished.

Over time, Katherine Barrell has gone to become a prominent face on small screens and that has helped her to gain a significant following on social media. On Instagram, she goes by @katbarrell, where she has over 300 thousand followers. She can be found on Twitter using the same handle that has got over 150 thousand string followers.

In 2017, she was featured as a backup vocalist for the song Something About Your Love by ColinResponse.

Apart from acting, Katherine has also worked as both a director and producer on many short films.

In 2020, she won the Canadian Screen Awards for Audience Choice Award for her work on Wynonna Earp.

She has a dog named Bernie.