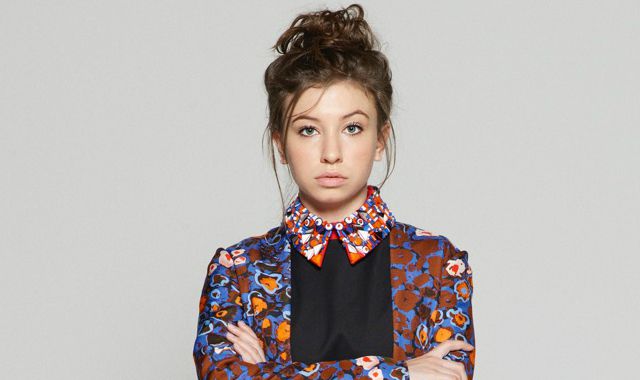 Who is Katelyn Nacon?

Katelyn Nacon is an American actress best known for playing Enid on AMC’s post-apocalyptic horror television series, ‘The Walking Dead.’ She has been the part of the zombie show as a recurring cast in its fifth and sixth season. In 2016, she began playing the character of Elisia Brown in the psychic web series ‘T@gged’ and also starred in two episodes of AMC’s live show ‘Talking Dead.’

Katelyn Nacon was born on the 11th of June 1999, in Atlanta, Georgia, United States of America. She’s currently 20 years old.

Katelyn Nacon is the daughter of Natalie and Mark Nacon. She has one brother named Chris Nacon. She attended Woodstock High School in Woodstock, Georgia.

There are no details on who she is currently dating with, but she has been romantically linked up with her co-star of The Walking Dead, Chandler Riggs in the past.

In 2013, she made her theatrical film debut in the film ‘Psychology of Secrets,’ playing the role of Patti. She has also starred in films such as ‘Second Chances’ (2013) and ‘Another Assembly’ (2014).

Katelyn Nacon landed her first television appearance in an episode titled “Us Against the World” on ABC’s Resurrection in 2014, in which she played the role of a town teenager who spied on the main character, Jacob.

For her appearance in the American horror TV series, ‘The Walking Dead.’ She first achieved fame for her role as Chloe Cook on Cartoon Network Adult Swim’s Too Many Cooks, an episode that went viral on YouTube.

Nacon is making a ton of money from her acting career, especially with The Walking Dead, the most watched TV show in the US. Her staggering net worth is estimated to be $1.3 million US dollars as of 2019 that makes her lifestyle luxurious.

Beginning her acting career at the age of 13, Katelyn first earned worldwide attention with her appearance in Adult Swim’s video “Too Many Cooks”.

She’s also a trained dancer from Woodstock School of Ballet in Canton, GA where she performed in a rendition of The Nutcracker. She also attended The Acting Camp in Santa Barbara, CA.

In 2015, her first EP titled Love was released, comprised of five tracks. She wrote all the tracks in the album.

She was nominated for Young Artist Awards in various categories for straight two years in 2016 and 2017.