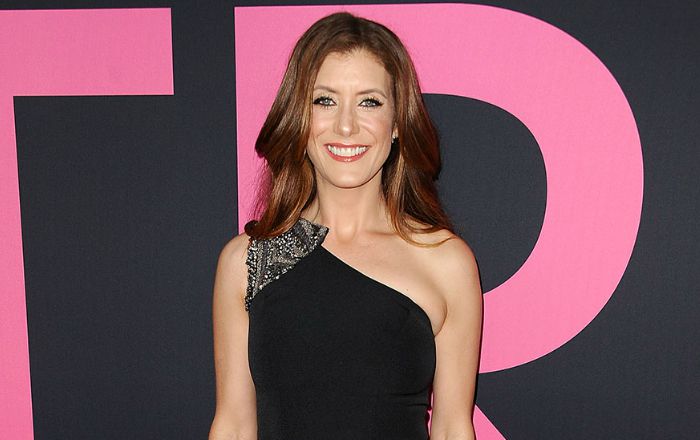 Who is Kate Walsh?

American actress and entrepreneur who gained a lot of fame for her portrayal of Dr. Addison Montgomery on the ABC television dramas Grey’s Anatomy and Private Practice. She also played Rebecca Wright on the short-lived NBC sitcom Bad Judge. She presently plays Olivia Baker on the Netflix drama series 13 Reasons Why. Kate Walsh has starred in a number of popular films like The Perks of Being a Wallflower, Scary Movie 5 and Girls Trip

Kate Walsh is the only daughter among three children of parents Angela C Bochetto and Joseph P Walsh. She has two brothers, Sean and Joe, both are film directors.

She is Irish on her father’s side and Italian on her mother’s side.

After school graduation, she enrolled at the University of Arizona to study acting and at Chicago’s Piven Theatre Workshop before moving to New York City.

After that, Kate dated Neil Andre for a short period of time from 2009 to 2011. She was then in a relationship with writer-producer Chris Case for years from 2011. Her recent encounter was with actor-producer Trevor Davis in 2016. They ended their relationship in 2017 after Kate wanted a baby and Trevor wasn’t ready for that.

Kate Walsh made her acting debut with the 1996 film Normal Life for her role as Cindy Anderson.

Her first television appearance was in NBC police procedural series Homicide: Life on the Street in 1996. She played Cathy Buxton in an episode of the show.

Her role in the Netflix drama series 13 Reasons Why was said to be the best one of her career which earned her critical acclaim.

Her performance in the movie, The Perks of Being a Wallflower which gained her San Diego Film Critics Society Awards for Best Ensemble Performance.

Kate has appeared in a number of television advertisements and other advertising campaigns for Cigna, National Geographic, Garnier dark spot remover, etc.

Kate has a net worth of $20 million US dollars as of 2019. That money comes from her appearances in films and TV shows and brand endorsements. She charges $175 thousand per episode as a salary for her work on TV shows.

She worked as a waitress at Burger King and Dairy Queen before launching her modeling career in Japan in early 1980s. She also taught English over there.

She later moved to Chicago and worked with the Piven Theatre Workshop and the Chicago Shakespeare Repertory.

She also hosted on National Public Radio around the same time.

In May 2010, Walsh made her off-Broadway debut opposite Paul Sparks in Atlantic Theater Company’s world premiere of Stephen Belber’s Dusk Rings a Bell.

In 2010, Kate Walsh founded Boyfriend LLC, a beauty and lifestyle company. She launched the company’s first product ‘Boyfriend’ in November 2010.

In 2015, Kate was diagnosed with a brain tumor and had it removed through surgery. It took almost 9 months for her to recover.

During the 2016 election, Walsh was a supporter of Hillary Clinton, publicly endorsing her and campaigning for her several times in California, Arizona, and Virginia.

She is an animal lover. She has a dog named Rosie and two cats named Billy and Pablo.