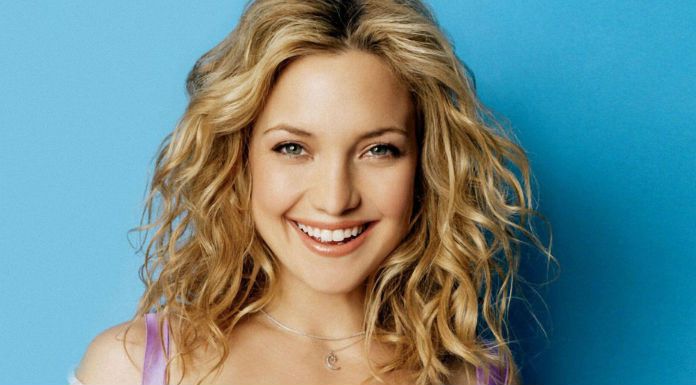 Who is Kate Hudson?

Kate Hudson is an American actress and model and the daughter of actors Goldie Hawn and Bill Hudson. She is perhaps best known for portraying the role of Peny in the 2000 American comedy film, Almost Famous, which earned her a Golden Globe and a nomination for Academy Awards in Best Supporting Actress category. Since she is from a family of film fraternity, She was destined to become an actress at a young age and her parents ensured to make her dreams come true.

Hudson dropped out from college to pursue her acting career. She debuted as an actress as a teenager and went on to do small roles in films that didn’t get her noticed. She received fame and recognition only after landing a role in the film Almost Famous. With such huge fame and popularity, she is one of the highest paid actresses in Hollywood.

Kate Hudson was born on the 19th of April 1979 in Los Angeles, California, United States of America. She is currently 40 years old.

She attended Crossroads School for Arts and Sciences, a college preparatory school in Santa Monica, California. She, then, enrolled at the New York University, but she left her undergraduate degree to pursue a career in acting.

Hudson is of Italian, Hungarian Jewish, with a hint of English and German ancestry. She was raised Jewish but practices Buddhism

Chris Robinson (2000 – 2007) – She began dating Chris Robinson, the frontman of the American rock band “The Black Crowes”, Chris Robinson dated Hudson since May 2000. They were married in December 2000 in Aspen, Colorado. They lived together for six years and officially announced their separation on August 14, 2006. They have a son named Ryder Russell Robinson. On October 22, 2007, the couple divorced.

Owen Wilson (2006 – 2007) – Kate Hudson met American actor Owen Wilson while filming the 2006 film, You, Me and Dupree and they started dating each other. Their relationship was short lived that lasted only 10 months.

The duo again found intimate in 2008 and, in fact, they had On-and-Off relationship. They finally ended on terms in 2009.

Derek Hough (2014) – She was rumoured to be dating dancer Derek Hough when they were spotted together at a restaurant in Los Angeles in 2014.

Nick Jonas (2015) – Kate was again rumored to be dating, this time, singer Nick Jonas in 2015. The couple was actually spotted together at Disney World having breakfast.

She made her debut in the 1988 American comedy drama, Desert Blue as Skye Davidson.

However, her is best known for playing Penny Lane in Almost Famous, for which she won a Golden Globe and was nominated for an Academy Award for Best Supporting Actress.

She was associated with Almay in 2010.

“Never worry about bad press: All that matters is if they spell your name right.”

“I gained 60 pounds, and I’m proud of it. Why do I need to watch my weight when I’m pregnant? I could eat whatever the hell I want to eat.”

“Honesty will never break you.”

“I did not like leaving them when they were little or big. You have to have priorities regarding what you will allow to take you away from your kid.”

“I’m not afraid of heights. I rock climb. I can repel off the side of a building.”

Hudson made a fortune of $80 million US dollars throughout her stint in acting. At the same time, she is a lavish spender, more of a shopping girl. The 38-year old actress is alos actively involved in charity works and supports Donate Life America and Healthy Child Healthy World among others.

Kate has a few expensive cars from famous brands, including a Toyota Prius and a Tesla Model S, a Cadillac Escalade ESV amongst others.

She owns several properties in the U.S. and the U.K. She purchased a beautiful luxury mansion along with her British fiancé Matt Bellamy. The six bedrooms house is worth US$12 million that incorporates all the features required for a celeb house.

She also owns a US$4.5 million exquisite house in North London that features 6 bedrooms and 7 bathrooms. Kate bought a Tudor style 7,000 sq-feet mansion in the Pacific Palisades neighborhood of Los Angeles for US$5.3 million in December 2012. This elegant mansion features 5 bedrooms, 7 bathrooms, a large open space kitchen, a large living room, a dining room, a large swimming pool and a library with a rare collection of books.

Kate is not a type of celeb who enjoys seeing herself on-screen. She says that she gets cold, trembles and sweats after watching her performances.

When the Oscar-nominated actress Kate is upset over things, she wears lots of jewelry. She even borrows pieces from her mother. Her love for jewelry is lucrative.

In July 2006, she sued an American supermarket tabloid ‘National Enquirer’ for calling her as painfully thin.

Kate Hudson has 3 dogs – Clara (a Pomeranian), Doctor (an English bulldog), and Bella (a Neapolitan mastiff).

She portrayed Amy Stanton, the girlfriend of a sadistic serial killer in the crime thriller ‘The Killer Inside Me’ (2010), a film based on the novel of the same name by Jim Thompson.

She was named one of the ’50 Most Beautiful People in the World’ by People Magazine in 2000.

Her best friend is Liv Tyler.

She loves to be in natural look.

She is a proud co-founder of Fabletics, a fitness brand and membership program operated by JustFab.