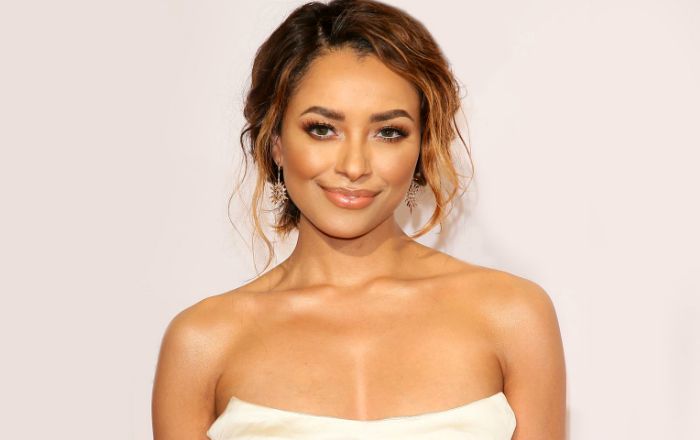 Who is Kat Graham?

Kat Graham is a multi-talented artist who is just not an actress but also an acclaimed model, singer, and dancer. She is widely known for playing Bonnie Bennett on The CW supernatural drama series The Vampire Diaries, for which she won a bunch of awards including two Teen Choice Awards. In addition to her television roles, Graham has been a casting member of many films such as The Parent Trap (1998), 17 Again (2009), The Roommate (2011), Honey 2 (2011), Addicted (2014) and All Eyez on Me (2017).

Kat Graham was born on the 5th of September 1989, in Geneva, Switzerland. She was raised in Los Angeles, California. She’s currently 31 years old.

Kat Graham is the daughter of Joseph, a music executive, and Natasha. She has Americo-Liberian descent on her father’s side while her mother is Jewish having roots from Russia and Poland.

She has a half-brother, Yakov, born in Tel Aviv, Israel. Her paternal grandfather was a UN Ambassador, serving for 40 years in the Netherlands, Sweden, Romania and Kenya.

Kat attended Hebrew School, however, she is a high school dropout.

Kat Graham was in a relationship with actor Cottrell Guidry in 2008. The couple got engaged on October 28, 2012, and after living together for four years they split in December 2014.

She is currently in a live-in relationship with comedian and actor Jay Pharoah from 2015.

Kat Graham debuted in the 1996 film “The Parent Trap” in which she played the role of Jackie.

In 2002, Kat made a guest appearance in the American live-action teen sitcom Lizzie McGuire in the episode entitled ‘You’re a Good Man, Lizzie McGuire.”

Playing Bonnie Bennett in the American supernatural drama series The Vampire Diaries from 2009 to 2007. She appeared in a total of 171 episodes over eight seasons.

She has endorsed many brands like Barbie, Coca-Cola, Kmart, Pop-Tarts, among others.

Kat has a net worth of $3 million. That money comes from her acting career and brand endorsements.

Kat is proficient in several languages including English, Spanish, and French. She can also manage some Hebrew and Portuguese.

She plunged into the entertainment business when she was 6. She began her career as a model appearing in various commercials before bagging an offer to perform at the BET Awards as a background dancer.

Kat has a tattoo on her inner left wrist, which is the Latin version of “Know thyself”, nosce te ipsum.

Kat Graham won the “Scene Stealer Female” (2011) award from “Teen Choice Awards” for her role in the “The Vampire Diaries”.